You know how sometimes peak life experiences kind of creep on you when you’re least expecting them? Well, that just happened to me.

For the past week, I’ve been part of the first chautauqua produced by Cheryl Reed of Above the Clouds Retreats. I joined fellow financial bloggers Mr. Money Mustache (a.k.a. Pete) and jlcollinsnh (a.k.a. Jim) to present our philosophies to an enthusiastic group of 22 participants, most of whom were women and most of whom had reached (or were well on their way to) Financial Independence.

Including Cheryl’s husband, Rich, we had 27 in our group. You know how there’s usually one or two bad eggs in any group that size? Well, that didn’t happen to us. In fact, this is probably the best small group I’ve ever had the privilege to be a part of. The participants were universally intelligent and friendly and supportive and fun. “I haven’t laughed so much in years,” one woman said at the end of the week. I haven’t either.

Note: I’ve uploaded the PowerPoint slides for my presentation. I’ll post a written version soon (maybe on Pete’s blog, if he’ll take it). Plus, I plan to share a summary of the various financial advice from the chautauqua at Get Rich Slowly within the next couple of weeks. If you want more info right now, check out Mr. Money Mustache’s summary of the week.

Between me, Rich, and Mr. Money Mustache, we took thousands of photos during the ten days it took to produce and stage this retreat. I’ve culled these to 165 favorites. But since that’s far too many to ask you to view, I’m going to thin that even further. Here are 20 of the photos that I feel best capture our shared experience. (Click a photo to view a larger version.) 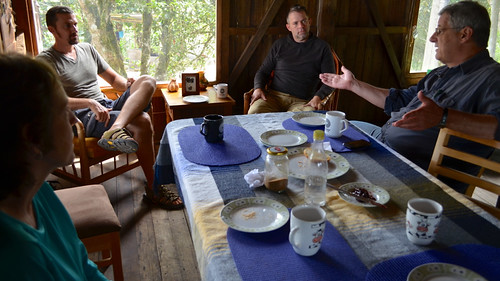 Morning at Cheryl’s farm: Cheryl, Pete, J.D., and Jim plan for the week [photo by Rich] 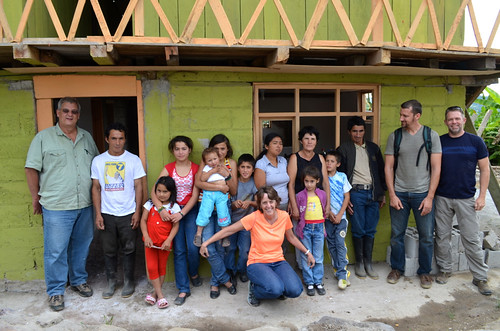 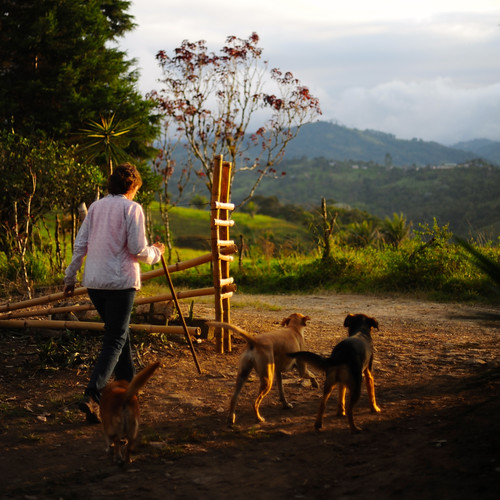 Sunset in Santa Elena — Cheryl takes the dogs for a walk [photo by J.D.] 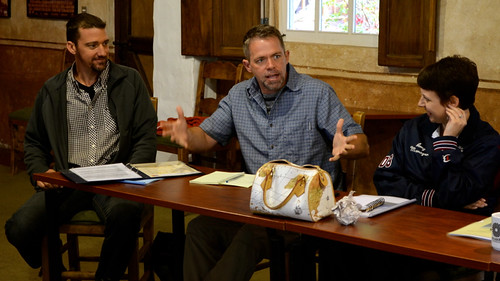 Pete and Amy O. look on raptly as J.D. shares some brilliant insight [photo by Rich] 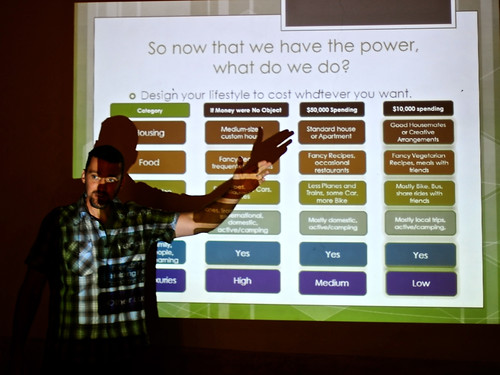 Pete shares his Mustachian vision for happiness and lifestyle design [photo by J.D.] 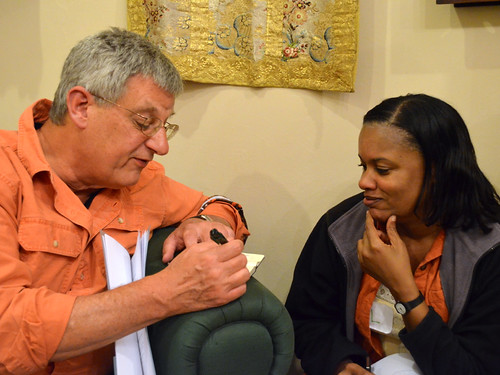 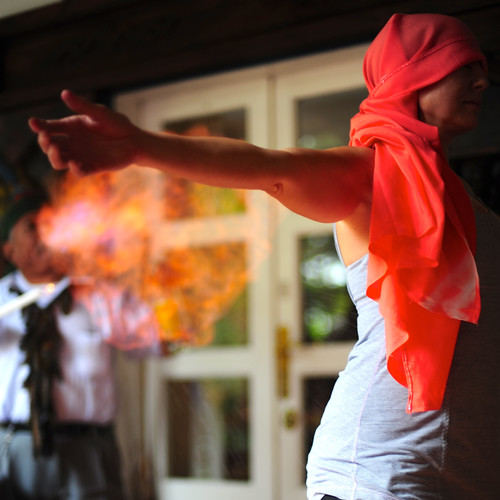 Colleen endures smoke and fire (and plenty of spit) during a shamanic cleansing [photo by J.D.] 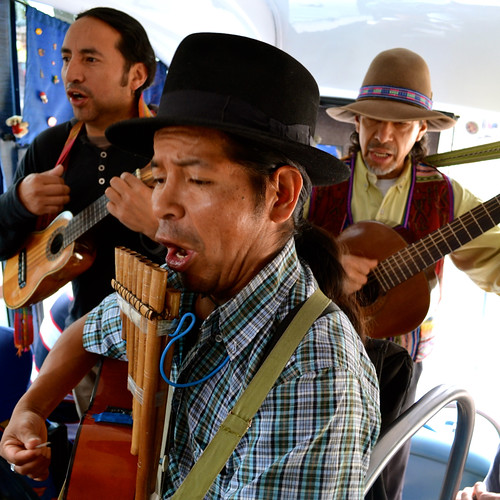 During a day trip to Otavalo, street performers serenade the group [photo by Rich] 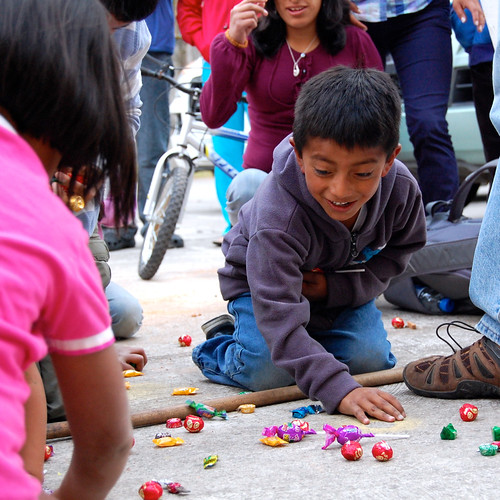 At a local orphanage, kids scramble for candy from a piñata [photo by Pete] 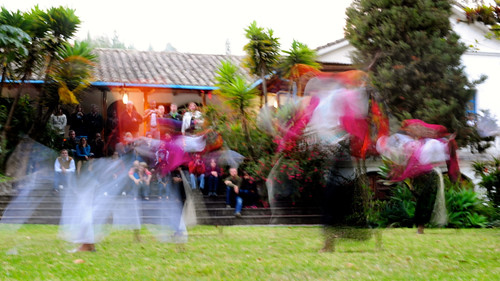 The group watches a folkloric dance group at Hacienda Cusin [photo by J.D.] 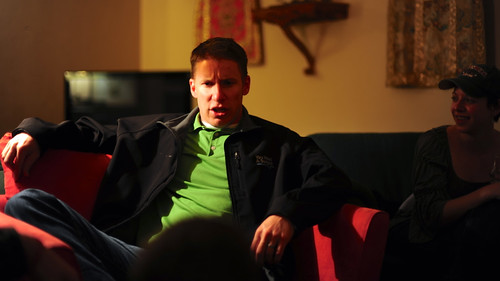 Another night of Story Time with Uncle Jesse — “That reminds me of the time…” [photo by J.D.] 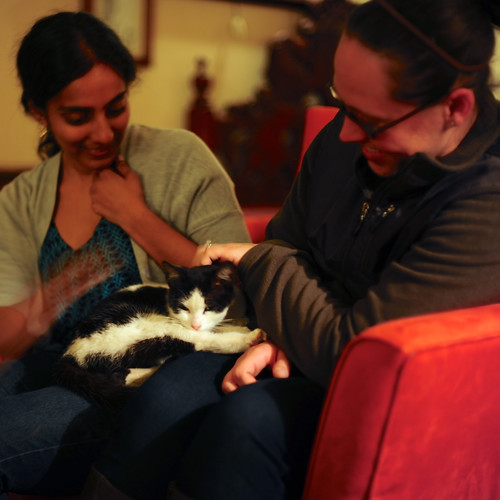 Anita and Caitlin enjoy the company of the adorable (and annoying) cat [photo by J.D.] 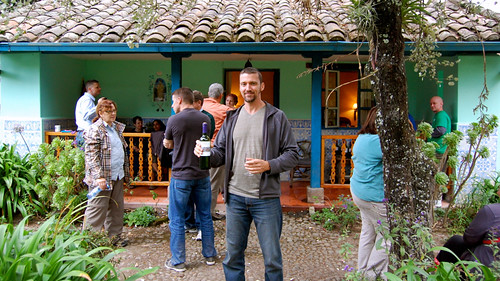 Pete hosts the first of many enjoyable evenings at the hacienda [photo by ??] 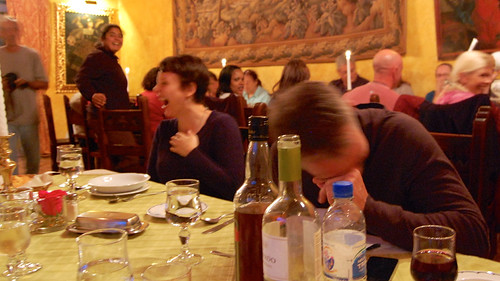 Amy O. and J.D. bust a gut as Colleen slams a Mustachian Rosé [photo by Pete] 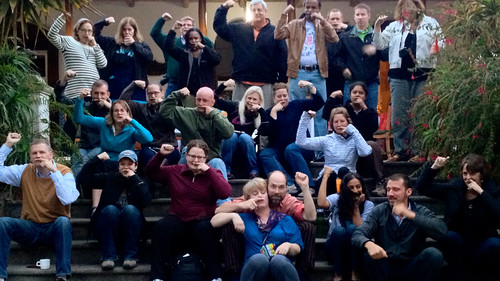 The entire group flashes the Mustachian Salute [photo by J.D.] 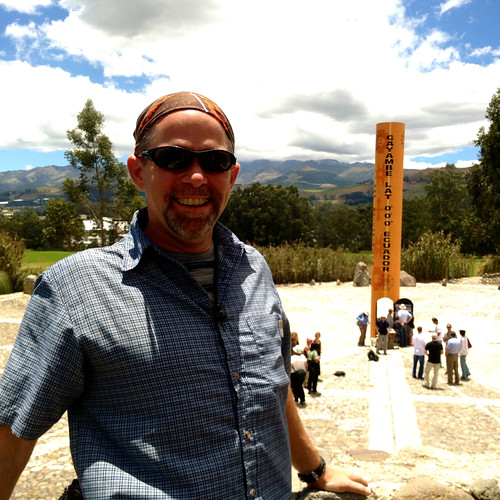 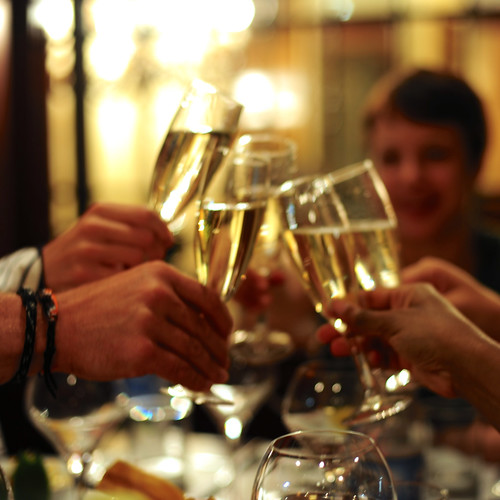 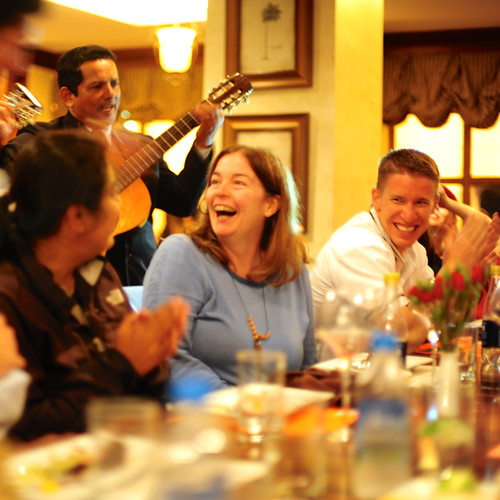 Shyam and Jesse watch as Carol is serenaded for her birthday [photo by J.D.] 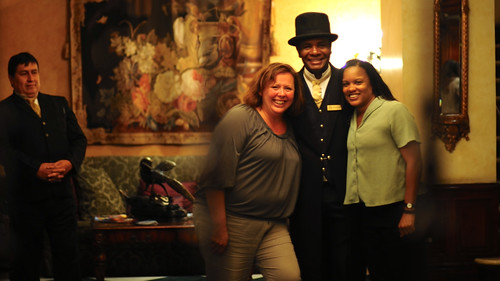 Marla and Val posing with the handsome and dapper doorman [photo by J.D.]

One thousand thanks to Amy, Amy, Amy, and Tom; Menon and Shyam; Nathan and Caitlin; Cathy and John; Jason, Jesse, and Jen; Carol, Karl, and Colleen; Dave and Ann; Lise, Val, Anita, and the every-charming Marla. All y’all made this week amazing. I spent more time with some folks than others — Colleen and Amy O., for instance — but I enjoyed the conversations I had with everyone.

And, of course, thanks to my colleagues. Jim, Rich, Cheryl, and Pete — it was an honor to have been a part of this. Thank you for asking me to share the experience. Let’s do it again next year!

Now, however, I have a brief lull before starting the next leg of my expedition to Ecuador. I’ll spend two more nights at Hotel Ambassador in Quito’s “gringo-landia” — I’m listening to sappy Spanish love songs in the lobby right now — but on Monday, I’ll join a small group headed to the Galapagos Islands. It’s going to be great!

Then, exactly a week from right now, I’ll hop a shuttle the airport to head home. That too will be great. As much as I loved this chautauqua, I love Kim more. I’m eager to return to our home so that we can resume a routine together, and so that we can grow and learn together…