On Thursday morning, Kris and I joined a bus tour to the coastal resort town of Étretat. The long drive through French farmland was beautiful. Plus, the day was cold, windy, and wet. I loved it.

There wasn’t much to see in Étretat. It’s the sort of place where you’d spend a relaxing week or two — but not an hour. Still, we browsed a small market, where I let a saleswoman talk me into spending €65 for a new Stetson waxed cotton cap that’s a size too small. It was worth it: I love the cap. (In fact, I just realized I don’t know where the cap is at the moment, and it’s putting me into a bit of a panic.)

The bus then wound through the French countryside to Le Havre, a major seaport. Our path through the city was disrupted by the strikes/protests about retirement reform, the same strikes/protests that plagued our entire stay. Eventually, however, we made it to our destination: Manoir D’Apreval, an apple farm outside Hornfleur.

We toured the apple cider operation at Manoir D’Apreval, and then enjoyed a light lunch, which included Calvados, an apple brandy, as well as a variety of local cheeses. 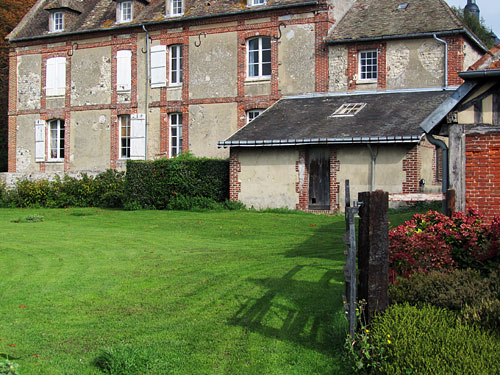 Manoir D’Apreval, where we toured the cider farm 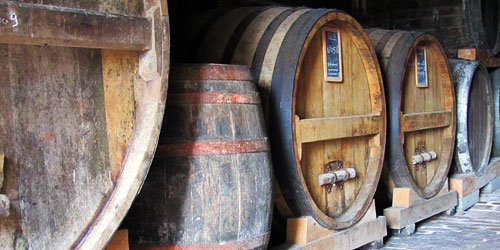 Barrels of Calvados, an apple brandy 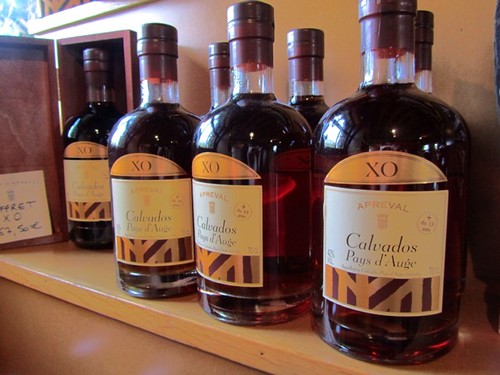 After lunch, we spent an hour walking through Hornfleur, exploring the shops.

By the end of the day, however, I was exhausted. I felt sick. My throat was sore. I thought about skipping dinner, but persevered. After eating, though, I went straight to bed. I slept and slept and slept.