A Weekend in Houston

One of the best parts about blogging is meeting readers and colleagues. I go out of my way to have coffee, lunch, or dinner with anyone who asks. As a result, I’ve formed some great friendships.

Eighteen months ago at Savvy Blogging Summit 2011, I met Amy Gross from VineSleuth, a wine blog. She and I hit it off instantly. We spent the entire weekend talking about travel, writing, and wine. When she came to Portland for a wineblogging conference last August, we spent an afternoon touring the town, drinking Chilean wine. And in October, we reconnected at Savvy Blogging Summit 2012. 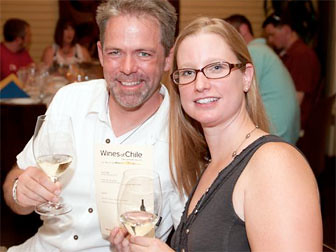 Drinking wine with Amy at the blog conference in August

In early December, I called Amy to ask for advice regarding a possible Real Job (about which I may speak more of in the future). During the call, she asked if I’d be willing to fly to Houston for a weekend in order to share blogging advice with her and her husband. “Of course,” I said.

On Thursday, I flew out of Portland to join Amy’s sister-in-law (Toni from The Happy Housewife, a popular blog about frugal homemaking) for a marathon brainstorming session.

I’d only been to Houston once before. In July 1985, I was part of Oregon’s delegation to the national Future Business Leaders of America convention. I competed in the business math event (in which I placed eighth), but mostly I flirted with the girls. What I remember most about the city is the humidity — and the fact that a bunch of us went out to see St. Elmo’s Fire in the theater.

On Thursday night, we sat by the fire on the back patio, drinking wine and talking about the direction of VineSleuth. I tried to keep pace with Gary, Amy’s husband, drinking whatever wine he was drinking. That was a mistake. Gary is bigger than I am, and a far more experienced drinker. By the time I went to bed at two, I was a mess.

I woke at seven on Friday, and by nine we were working again. We sat around Amy’s kitchen table, talking about the ins and outs of blogging. We discussed content and marketing and networking and SEO and affiliate programs and post titles and workflow and everything else we could think of. Amy never stopped taking notes. I wish we’d recorded the session.

In the evening, Gary took us out on the town to celebrate Toni’s 40th birthday. 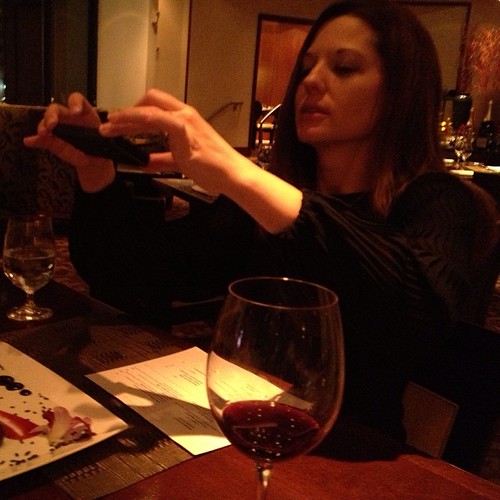 Toni snaps a photo of her 40th birthday dessert

We dined at The Four Seasons, then took a taxi to Max’s Wine Dive. Having learned my lesson the night before, I put a brake on my alcohol consumption and let Gary blaze ahead. Good thing, too. Next, we headed to Rebels Honky Tonk to practice our line dancing and bull riding. I wasn’t good at either, but I had fun trying. 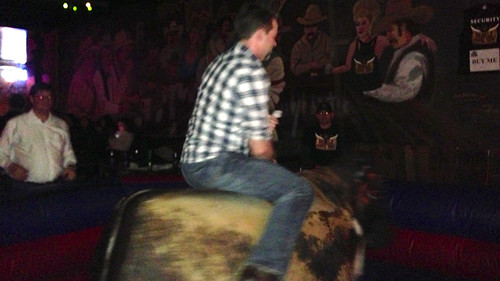 Saturday was much more sedate. We spent all day working around the kitchen table again. And again, Amy filled page after page with notes about the business of blogging. We broke for Mexican food at one point, but otherwise we stayed on task. In the evening, we did try some wine (and beer), but otherwise things were mellow.

And on Sunday, we spent our last few hours together making sure Amy had a solid plan for VineSleuth.

For years, folks have been encouraging me to become a blog consultant. I’ve always thought that was kind of crazy. Who would pay for that kind of thing? Turns out, there’s more of a market than I thought. Plus, I know more than I give myself credit. It’s actually a viable idea for a business.

So, this is something I plan to pursue in the months (and years) to come. I’ll have to find my way at first, making things up as I go along. But that’s what I did when I started blogging, too. And that’s what we’ve done while putting together the World Domination Summit. You make things up, you do your best, and if you’re fortunate, things work out.