I bought Get Rich Slowly! (or: The return of J.D. Roth)

Why, hello there. My name is J.D. Roth, and I’m an accidental personal-finance expert. Eleven-and-a-half years ago today — on 15 April 2006 — I started a little website called Get Rich Slowly. This website.

I ran this blog as a one-man show for three years. Then, for a variety of reasons, I sold the site. I stayed around for another three years, acting as primary writer and editor-in-chief until the middle of 2012. Then I “retired”.

Meanwhile, I’ve continued to write for other outlets, speak at various events, and (as always) meet with readers from around the country — and the world.

Why I Bought Get Rich Slowly

It’s difficult to convey just how excited I am by this news. I’m ecstatic. Seriously. I’m on cloud nine.

Last week, I had a conversation with a friend during which I mentioned I might be buying back Get Rich Slowly. “Why?” she asked. She was genuinely mystified. To her, blogs are dead (or dying). And why would I want to buy back something I’d already sold?

Well, for lots of reasons.

Note: I’m aware that my limitations at Money Boss were self-imposed. If I wanted, I could have changed the rules I set for myself. And if the deal for GRS hadn’t gone through, that’s exactly what I would have done. But it feels much more natural to tackle the broad spectrum of personal finance here at Get Rich Slowly than it does at Money Boss.

What does the immediate future hold for Get Rich Slowly? Well, there’s tons of work to be done, that’s for sure. My head is filled with dreams and schemes for the site, but before I can get to any of these future plans, I need to address some immediate concerns.

I know myself well enough that I won’t commit to a strict publishing schedule right now. In the olden days, I published two articles at Get Rich Slowly each weekday and one article on Saturday and Sunday. That was a lot of work. But rest assured that I aim to publish often. What’s more, I’m eager to highlight the amazing work my colleagues are doing elsewhere in the world of personal finance.

That’s it. That’s my big news — and the big news for this site. Over the next couple of weeks, I’ll begin publishing articles about all aspects of smart personal finance. Meanwhile, I’ll be working behind the scenes to clean up the site’s appearance. This might take some time — and things might get a bit janky now and then. Please be patient.

My hope is that by early 2018 Get Rich Slowly will once again be firing on all cylinders. I hope you’ll join me for the ride!

One last thing for long-time readers. Have no fear! Naturally, I’ll bring back the cat photos. And to show I’m an equal opportunity kind of guy, there’ll be dog photos too. Animals for everyone! Enjoy… 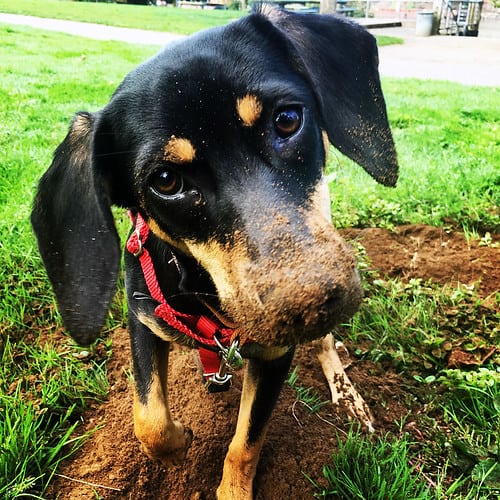