My campaign to corrupt the innocents continues apace.

Several months ago, somebody was asking Harrison about me. I forget what question was asked, but I remember his response: “I believe most of the words that he says.” And that pretty much sums up our relationship. Mostly I’m a good influence on the boy, but occasionally I’m a rascal, and he knows it.

I was talking with Jenn recently. “You know how we have those superhero popsicles?” she said. The kids are really into these popsicles packaged in Marvel superhero wrappers: Spiderman, Hulk, Captain America. “Well, Harrison asked me today whether Spiderman is a part of Justice League.”

“You’re right,” I said, proud that even Jenn is beginning to absorb superhero knowledge.

“You know, you could just have Hank call me with any of his superhero questions,” I added. “I’d be happy to answer them.”

After several days of preparation, our house is officially on the market. We had three families tour it yesterday. The last family could only make it at 8 p.m., so we called Jenn and invited ourselves over for dinner.

When we arrived, Emma was playing with horses. Multi-colored horses. With manes as long as Barbie’s hair. 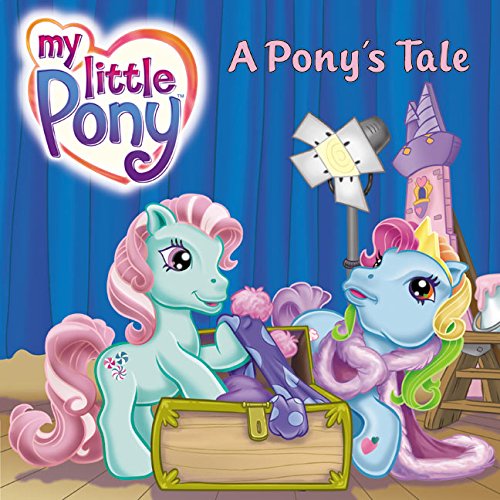 “Emma,” I said. “Barbie is one thing, but now you’re sinking even lower.”

I sighed. “You know what, Scout? I’m not a big fan of horses and ponies. I don’t really want to play with them. Maybe later. Or maybe Kris will play with you.” I went outside to help Jeremy grill the steaks.

“Ugh,” I said after examining all the ponies. “I’d rather clean dishes.” So, I got up and went to help in the kitchen.

Emma followed me. “J.D., come play with the ponies,” she said.

“Emma, how do I feel about the ponies?” I asked.

And at this point, Jenn chimed in, the voice of reason: “Oh J.D. — step out of your comfort zone and go play with the ponies.”

What I did instead was go to the den to write down this conversation for today’s weblog entry.

“Look,” said Harrison. He likes playing with the My Little Pony collection, too. “When the ponies step on the castle, music plays.” And lights flash.

“It’s a barn,” I said. “Have you ever heard of a horse who lived a castle? Horses live in barns. That’s a pink barn.”

The kids argued with me about this for several minutes. Finally I agreed that maybe it could be a castle if the king or queen of the horses lived there.

“Ponies don’t have kings or queens,” said Harrison. And who was I to argue?

Hank I goofed around while he ate his popsicle. Because he couldn’t defend himself — he had to use both hands to eat — I covered his eyes and made him walk ahead of me, blind.

“Which superhero is blind?” I asked.

“Oh yeah,” he said. “That’s what I thought.” Hank considered this for a few moments. “What are Daredevil’s powers?” he asked.

“Well, he can’t see, right? So all of his other senses are extra-powerful. He can hear things, even quiet things. He can smell things. He’s got super-sensitive touch. Plus he has a sort of radar, like a bat.”

“Oh,” said Harrison. Then he said, “Does he climb walls? Like Spiderman?”

“Not really,” I said. “No. You know how spiders and flies can climb on walls? That’s how Spiderman does it. He can climb a wall just like a spider. Daredevil isn’t like a spider. He’s very strong, and could climb a building if there were things to hold onto, though.”

“The Hulk climbs walls like that,” I said. “But not Daredevil. Daredevil isn’t that strong.”

He thought some more. “Well, maybe he could have magnets in his hands and use them to climb the walls.”

“That’s a good idea,” I said. “He doesn’t do that, though. I don’t know of any superhero with magnets in his hands. Maybe you can make your own superhero.”

After the kids had gone to bed, we stayed to watch Love Actually. We just saw the film two weeks ago, and though it’s fluffy pap, it’s high-quality fluffy pap. Kris and I both like it, and were willing to rewatch it. I liked it just as much as I had the first time.

During the movie, our realtor called to let us know the eight o’clock family really liked the house. “They’ll be faxing over an offer tonight,” she said. Wow! That was quick! We still don’t know the details of the offer, but we’re meeting Mary at one today. We have until three to make our decision.

Not to bring politics into EVERYTHING, or anything, but wasn’t Hugh Grant’s character in “Love Actually” a wonderful liberal fantasy? Complete with Monica-esque girlfriend?
Also, I’ve spent some time in Milwaukee. Either I was going to the wrong bars, or there was some serious Oscar-worthy movie magic going on there.

JD,I can’t believe you find fault with My Littel Pony! I’m crushed! Anna Lise loves the things. She wanted the castle for Christmas and I didn’t get it fo rher. Now I regeret it.

And you know what? Superheroes most certainly do have magnets in their hands. Spidermand does!It helps him get up and down poles. I bought a spiderman for Wally the other day and his hands were magnetic so he could slide down the magnetic pole that came with it. His hands and feet both clasp the pole by use of magnets! Now you go apologize to that little boy! And next time believe the kid when he tells you something! Out of the mouth of babes,ya know!

Heck, back in the 70’s you could get Meego Batman and Robin dolls that had magnets in their hands and feet so they could climb up slides and swingsets and whatnot.

And then, of course, there’s Magneto…

Another set of toys I never liked was Strawberry Shortcake dolls. Blech!

Ack! Bad grammar – sorry – should be were. My apologies!

is Magneto a “super hero”?

Yes, dearest … I had one that smelled like cotton candy. Her name was … well, Cotton Candy.

I should think the answer to that question goes without saying.

Is there a difference?

Yeehaw! (I can say that – I grew up in Canby.) Congrats on selling your house. When you guys decide to do something, you don’t mess around, do you?

Glad that everything is going so smoothly, hope it continues to do so!

I already miss your house.

That sounds pretty definite — congrats, J.D. and Kris! I’m glad your house sold so fast! It’s in a great location and a nice house, so I shouldn’t be surprised.

Thanks in part to you (and also one TV commercial), I signed up for Netflix about a week ago and have so far watched The Age of Innocence and Girl with a Pearl Earring, both of which I had read in the last few months. Love Actually is in my queue and I just added Fog of War due to your recommendation a day or two ago and also the fact that it receives high marks on the Oregonian A & E section’s video/DVD ratings chart. I have Lost in Translation and Calendar Girls here right now to watch. I think I will most likely watch Calendar Girls tonight and Lost in Translation this weekend. I have quite a few films yet in queue and I didn’t even browse seriously yet. -G-

We’ve accepted the offer, but of course it is contingent on the house inspection results and financing for the buyer. So, we should feel a bit more sure about the whole transaction going through by next weekend. We’ll keep you posted.

Speaking of the Monica-esque character in Love Actually, I found it annoying that she was described as “chubby.” She was a perfectly normal looking woman. Good grief!

Ok…so no super heros with magnets in hands…but Magnito does have magnetic capabilities.

Thank you, Lisa! I was terribly annoyed at the constant chubby remarks because she looked great. Oh to be that chubby!