In the spring of 2010, my neighbor — a retired shop teacher that I’ve dubbed the real millionaire next door — invited me to spend ten days with him on his boat in Alaska. To prep for the trip, I bought some warm clothes at REI, including a green long-sleeve Smartwool shirt, which basically looked like a piece of long underwear or pajamas.

Mac, my traveling companion, made fun of me. “Dude, surely that shirt stinks by now,” he said after a few days.

The truth was, my wool shirt didn’t stink. Not at all. Strange but true. In fact, after ten days of wear, the shirt had only a faint, musky scent.

When I returned home, I raved about the shirt to my wife. “It was amazing,” I told her. “I have no idea why it doesn’t retain odors, but it doesn’t.”

“It’s the lanolins,” she told me. “The waxy stuff in the sheep’s wool. It’s the same stuff that repels water. It’s probably repelling your sweat, too.” Whatever the case, I filed Smartwool away in my brain. I needed to learn more about the stuff.

Icebreaker
Later in 2010, I was at REI again (I love that place), shopping a clearance sale. On the rack, I found a merino wool t-shirt from a company I’d never heard of: Icebreaker. I like the shirt’s style, and it was in my size, but the thing cost $40, even on clearance. Could I rationalize that?

Then I remembered that the Smartwool shirt I’d taken to Alaska had cost me $70. It had been expensive but worth it. I decided to take a chance. I bought the Icebreaker t-shirt.

When Kris and I went to France and Italy last September, I carried with me five t-shirts: one cotton, three synthetic, and my new Icebreaker wool t-shirt. I liked each of the shirts, but I found myself wearing the wool shirt over and over, while the other shirts fell into disuse. Why?

By the time we returned home from France, I was sold on wool. I wanted more. Instead of packing give t-shirts to travel, I figured I could pack just two. For an entire month. (Maybe three, if I took my long-sleeve shirt.) Sure, the shirts were more expensive, but I figured they earned their higher cost by being more versatile and useful, and by the fact that (in theory) they’d last longer because they didn’t need to be washed as often.

Warehouse sale
At a World Domination Summit planning meeting last fall, I raved about my wool shirts. I expected people to laugh at me, but they didn’t. In fact, Sean Ogle chimed in with his agreement. “I took an Icebreaker shirt to Thailand,” he told me. “I wore it all the time. I’d wear it for a run in the morning, and then wear it again after I’d showered. It never retained odor.”

“I need to get more of these shirts,” I said, “but they cost a small fortune, especially if they’re not on sale.”

A few days later, Sean forwarded an e-mail from his girlfriend, Tate. It was a notice for an Icebreaker warehouse sale here in Portland. I cleared my schedule for that day and went. It was awesome: racks and racks of wool clothing for bargain prices. My $80 t-shirts were marked down to $10 or $12 or $20. I bought a $400 wool jacket for $80. I bought wool socks. Basically, I stocked up on wool. 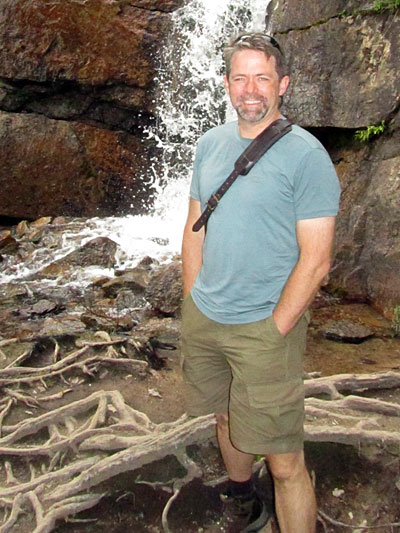 Here I am, wearing wool on a summer hike at Lake Louise.

In love with wool
Except briefly in high school, I’ve never been a guy who cared about clothes. Yet here I’ve just written 1000 words about wool t-shirts. I love them that much. They’re a staple not just of my travel kit, but of my daily wardrobe. I wear them when the temperatures are below 0, and I wear them when it’s 40 degrees outside. (I wore them around Zimbabwe, for instance, where the temperatures were around 35 and the humidity was “melty”.) 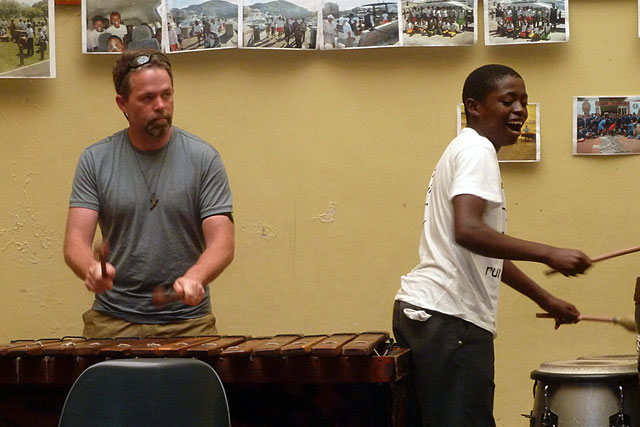 Plus, you can use wool to soak up formaldehyde! I don’t recommend it, though. Instead I suggest you wear the stuff. And love it. Just like I do.

Note: I was delighted to find another member of my group here in Peru is also an Icebreaker fan. Nigel too is carrying several pieces of Icebreaker clothing, and he loves them for the same reasons I do.