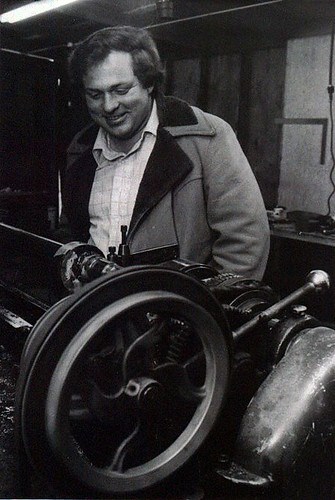 As I drove to the airport this morning — I’m on a short trip to San Diego — my mind drifted back to him and what he was like.

I don’t think of Dad often anymore, and when I do it’s mostly superficial stuff: Dad was fat. His hair was wild and wavy. He could be gruff. He was funny and had a contagious laugh. Sometimes he wasn’t a very nice guy. Sometimes he was. But it’s tough to remember what Dad was like as a presence, you know?

What I remember most about him was how Dad could do anything he set his mind to. This isn’t nostalgic hero worship. It’s how he actually was. My father could teach himself to do anything he wanted. And he wanted to do a lot.

I’m not sure where my father’s love of learning and experimenting came from. His parents were a simple, devout Mennonite couple.

When I knew Grandma and Grandpa, they managed a small farm. They had milk cows. They raised blueberries. They grew and canned vegetables. Grandpa cut his own wood. He’d been a janitor at the local high school, but by the time I was around, he was retired. Every night, he and Grandma sipped Sanka and played Scrabble. Their existence was simple, ordered, and serene.

My father wasn’t simple. His life wasn’t ordered. He was not a serene man. He was complex. He was messy. He was boisterous. He was a force of nature. (I come by my ADD honestly.) He had many interests, and he liked to indulge them all.

Dad built other stuff too. He built so much stuff that projects were often abandoned half-finished.

He ground mirrors to build his own telescope — then left them lying around in a bedroom drawer for years. He constructed a windmill, but something about his math was off and the thing collapsed from the weight of the canvas sails when he tried to mount them. He constructed outbuildings on our two acres, and then built an addition to the back of the trailer house — an addition that was never really completed.

In high school, I took over Dad’s car — a 1982 Datsun 310GX. (Looking back, I’m not sure how this happened but it did.) The car “blew a head gasket” one day. Rather than pay a mechanic to repair it, Dad tore the engine apart himself, found and fixed the problem, then re-assembled everything. He taught me how to change the oil and the brake pads and the headlights…but there’s no way I could ever pull apart an engine!

When personal computers became “affordable” in 1977 — looking back, they were the equivalent of $11,000 in today’s dollars! — Dad bought one and taught himself to program it. (And I taught myself to program it too.)

My father could play guitar, fly an airplane, sail a boat, build a boat, build a computer, program a computer, build a radio, build a greenhouse, build a house, repair an engine, write fiction and poetry, build complex machinery, build a telescope, start a business (or six), and more. And he taught himself how to do almost all of these things.

As I’ve mentioned before, my father was a serial entrepreneur. He was always starting businesses.

He programmed accounting software but could never find anyone to buy it. (It was 1980, I think. He was a few years too early.) He built a greenhouse complete with automated watering system, then tried to start a nursery. Nobody wanted to buy his azalea and arborvitae. He mowed lawns. He sold chocolate bars.

Most of his business ventures failed, but twice he hit paydirt.

First, he built a business called Harvest Mills, which first manufactured wheat grinders, then added food dryers to the line-up. 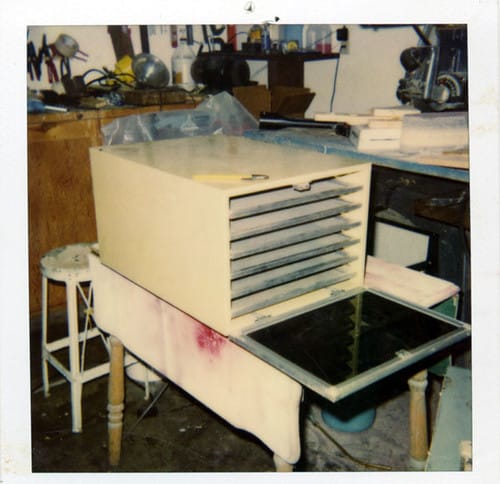 In 1985, eight years after he sold Harvest Mills, Dad founded Custom Box Service, a company that produces small runs of corrugated packaging. Dad designed and built all of the machinery himself. Those machines have been in constant use for thirty-three years. They haven’t been completely trouble-free, but come on! These are machines created by a random guy from rural Oregon. That’s pretty amazing.

When I was in second grade, my parents decided they wanted to move to Canada. For once, they were flush with money. My father had sold Harvest Mills to a bankruptcy attorney in Utah and was to be paid $5000 every three months for the next fifteen years.

When Dad had money, he liked to spend it. If he had money, he’d buy a sailboat. Or an airplane. Or a hi-fi stereo. Or a personal computer.

This time was no different. This time, though, he wanted to use the money to buy twenty (or forty) acres in rural British Columbia. I don’t know why. (He was always afraid of nuclear war, though, so this could very well have been a way to escape the “blast zone”.) 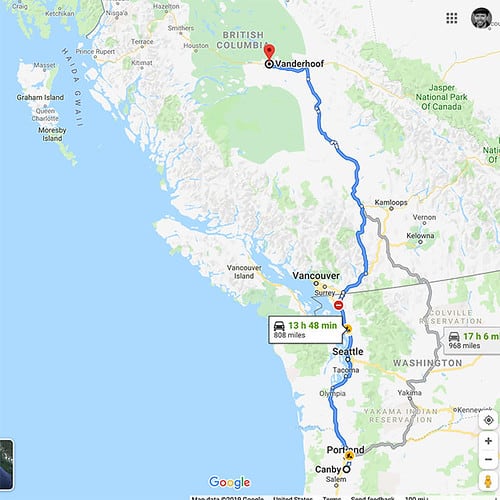 Mom and Dad piled us three kids into one of our two beat-up Plymouth Valiants — we called one “dirty white” and the other “dirty red” — and drove us fourteen hours north to Vanderhoof, a small town that’s pretty much what you’d expect to find in central B.C. so close to Alaska. There, we spent a long weekend in real-estate offices and visiting properties.

I remember driving down dirt roads and strolling along swollen streams. I remember wandering around farmyards. I remember watching a war movie in our hotel room. But I don’t remember any of the houses we visited, and I don’t remember why we never moved. My guess is that Dad didn’t have as much money as he thought he did. Or perhaps Mom had objections to moving to the middle of nowhere?

Instead, he bought twenty or forty acres near the trailer house and tried his hand at being a wheat farmer. It was hot and dirty work, but it was another thing that he could teach himself to master. Unfortunately, he had no way to master the national economy, which didn’t have a high demand for wheat when it came time to sell. He abandoned that venture too.

One of my favorite exercises is trying to trace a financial family tree. What did my parents teach me about money? What attitudes did I get from them? What habits? And what did their parents pass onto them? Did I get anything from that generation?

Dad was self-reliant…and he wasn’t. He could do almost anything…but he seldom did. He was a dreamer…but he rarely pursued his dreams.

For many years, I thought of myself as “not like Dad”. I don’t know if this was a conscious decision or if I simply believed that I was different. In any event, I didn’t think of myself as a DIY guy. I couldn’t build a windmill or a sailboat or a telescope. I couldn’t repair an automobile engine.

In recent years, however, I’ve been very aware of just how much I picked up from my father, how much he influenced my money blueprint. I can see where I got many of my ideas and habits and values.

I’m intellectually curious. I’m entrepreneurial. I love travel and adventure. I’m drawn to the idea of living somewhere remote — just me and Kim and our zoo. And lately I’m learning to love DIY.

The older I get, the more I see my father in me.