This post is meant as a public service announcement for pumpkin carvers everywhere — but especially those who might consider keeping a carved pumpkin indoors for a day or two.

Eighteen months ago, I moved into a condo. Last year, Kim and I were too busy to carve pumpkins, so we didn’t bother. This year, however, she’s been feel especially festive, so we decided to decorate with style.

Two weeks ago, we took a trip to Kruger’s on Sauvie Island to pick pumpkins with Sahra and the Limbaughs. The day was lovely, and included a rare double rainbow. 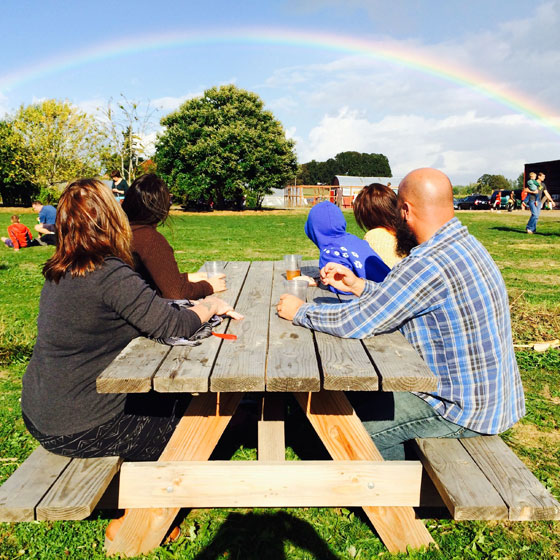 Double rainbow at the pumpkin patch (only one rainbow shown)

We all picked pumpkins. Kim and I took home three. Here’s Reagan with hers: 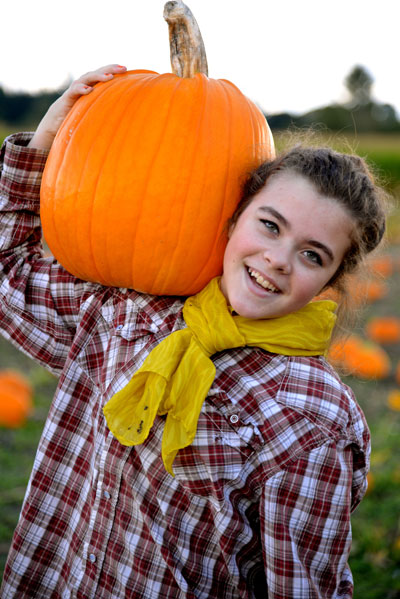 Reagan with her pumpkin

At home, Kim and I put on the big band music and poured some champagne. We spent several hours carving our pumpkins. 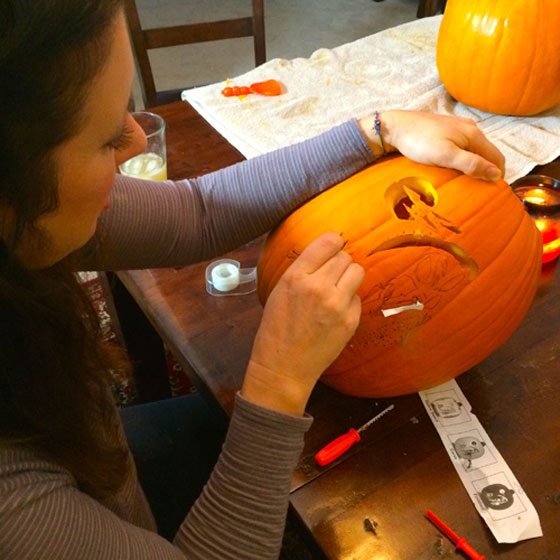 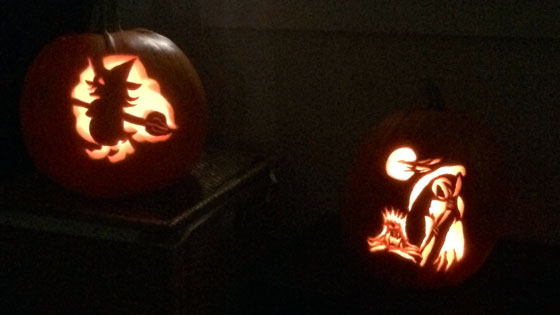 We turned off the lights, lit the jack o’ lanterns and all of our candles, and then watched an old movie. Everything felt like fall.

So far, nothing unusual, right? Well, here’s the thing: Neither of us has ever lived in a condo before. We’ve only ever kept our jack o’ lanterns outside. In our current place, though, that doesn’t make much sense. Sure, we have three balconies, but if we put our pumpkins on them, nobody will see them.

Instead, we put one pumpkin in the hallway, one on the liquor cabinet, and one in the living room. So festive!

On Tuesday night — 72 hours after carving our pumpkins — we sat down for dinner as normal. “Hey,” Kim said, pointing at the pumpkin across the room. “Doesn’t that look like it’s slumping over a little?”

A few minutes later, however, we both noticed that the pumpkin was not okay. “Holy cats,” I said. “I think it’s melting!” And indeed, that’s what it looked like. Kim got up to check things out.

“Get the garbage can!” she said. “And a towel!” I ran to the kitchen to grab the emergency tools. Thinking ahead, I also grabbed my phone. When I reached Kim’s side, this is what I saw: 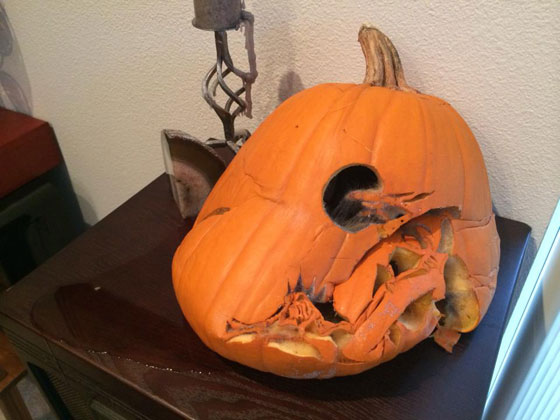 Our pumpkin really had melted. When Kim pulled off the top, a mass of fruit flies flew spewed forth. A thick green mold coated the entire inside of the pumpkin. When I tried to pick it up, I was in for another surprise. The pumpkin no longer had any sort of structural integrity. It just sort of oozed in my arms so that there was no way to lift it into the trash can. We were forced to scoop it over in a wet and mushy heap.

“I wonder if the other pumpkins are okay,” I said.

We went to check the pumpkin on the liquor cabinet. “This one seems okay,” Kim said. But then I poked it and my finger sunk all the way through the skin. When Kim lifted the top, there was the same green mold and the same mass of fruit flies. That pumpkin too ended up in the trash. And so did the one in the hall (which wasn’t as bad as the other two, but soon would have been).

The moral of this story? Don’t keep carved pumpkins indoors. Let our foolishness serve as a warning to you all!