This morning, for example, I posted some grocery shopping tips from the 1950s. These tips are taken from an old educational film about buying food. Here’s the 11-minute video, in all its gender-role-specific glory:

As with all of these old insructional films (I’ve watched dozens over the past couple of months), I love Buying Food in oh so many ways. I love the cheesiness and the earnestness. But I love it for non-ironic reasons, too. I love the glimpse into the past, I love the writing (it does a great job of distilling ideas into a short segment), and I love a lot of the individual frames.

Here are some of my favorites (and, incidentally, a short summary of the film): 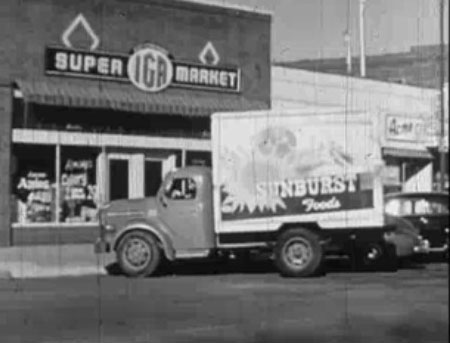 First up is this glimpse at a supermarket circa 1950. Self-service grocery stores were introduced in 1916, though they didn’t gain popularity until the 1930s. (Many people were resistant to the idea at first.) Supermarkets were still relatively young in 1950. I like to think that they were trying to discover their “vocabulary”. 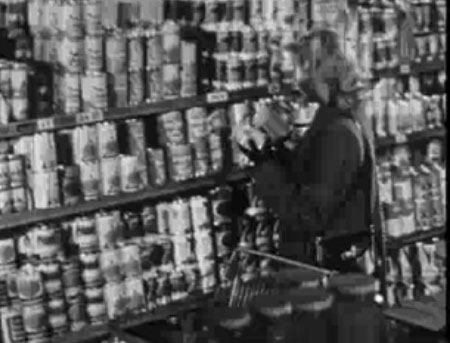 Although early supermarkets did not contain the thousands of products we’re accustomed to today, they did flood consumers with choices. Which beans to choose? And which size? 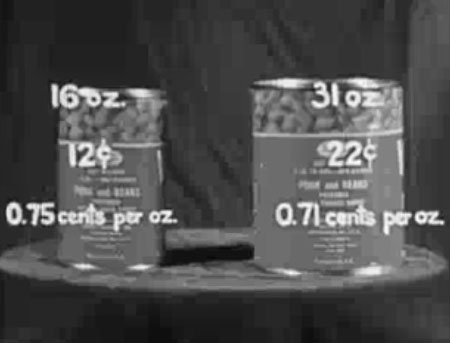 I love this example of comparison shopping: Which beans have the lowest price per ounce? 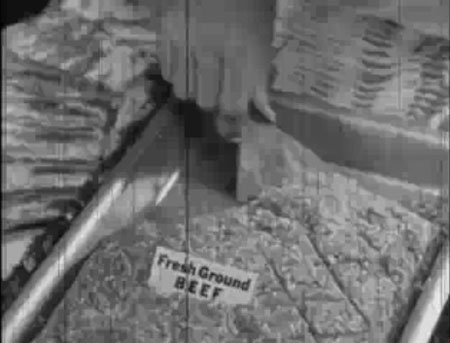 The film belabors the point that hamburger is a cheap cut of meat, and less desirable than a t-bone steak. I find this interesting. Was hamburger once marginalized? Did people have to be persuaded to eat it? Nowadays it’s accepted as a matter of course. And look how it’s being served here! It’s in the butcher case, being scooped up oh-so-casually. I’ve never seen such a thing. 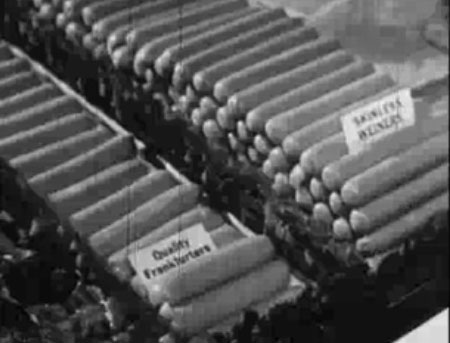 And look at this, too. “Quality frankfurters” and “skinless wieners” outside of their packaging. The film has an hilarious example of creating a tasty and attractive frankfurter salad. 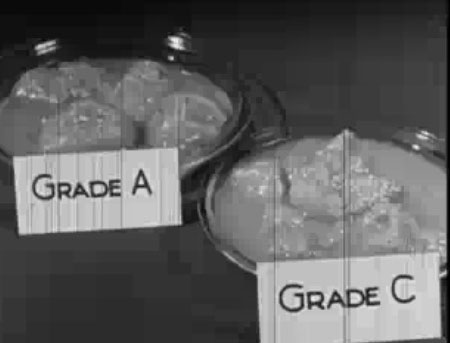 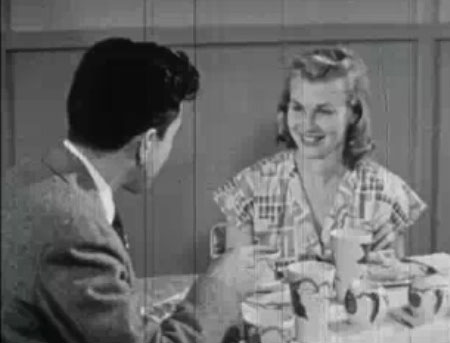 Finally, here’s a shot of the happy housewife after she’s finished pleasing her husband. I wish I could tell what they were eating!

Anyhow, the Internet Archive contains hundreds of old instructional films like this on a variety of subjects. There are films on dating, diet, and driving. My favorite sources of these films are the Prelinger Archives (browse by subject) and the A/V Geeks collection (browse by subject). (You can find more from A/V Geeks at the blog.)