Your health is your most important asset 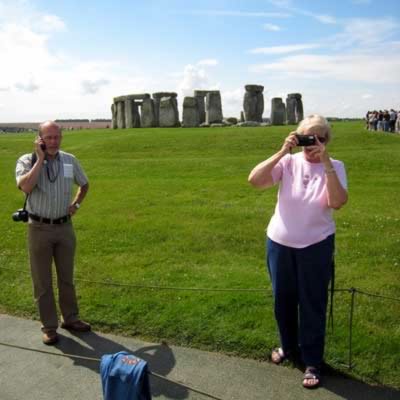 When Kris and I traveled to England and Ireland with her parents in 2007, I came home with a financial epiphany. Actually, the trip highlighted a concept that I’d only vaguely understood before: I was a slave to the tyranny of Stuff. I had accumulated way too many things in my life, and this was causing me a lot of mental and physical stress. In many ways, the things I owned actually owned me. Over the past three years, I’ve worked hard to say “so long” to the Stuff I don’t really need.

On this year’s trip to Europe, I had another epiphany. Our time in France and Italy drove home a concept to which I’ve only paid lip-service before: Your health is your most important asset. Despite what others might say, your most valuable asset is not your car or your home, and not even your career. (Though your career is, indeed, very important.) Our vacation taught me that without your health, you have nothing. And if you’re less fit than you could be, you’re sacrificing not just dollars, but days — or years — from your life.

Days of Future Past

Over the past month, Kris and I spent 24 days in Europe. One week was on our own in Paris, but we also spent ten days with an organized tour of Italy, and seven days on a river cruise through northern France. Both of these tours were filled with people who were older than us — often much older. For more than two weeks, we ate, walked, and talked with folks who were 60, 70, and even 80 years old.

These people reminded us over and over again that health is important. They told us how they wished they had traveled when they were younger and more mobile. They complained about lingering health problems brought on by aging. But they didn’t actually have to say anything — we could see how failing health affected their abilities every day.

Our older companions had trouble getting around. They struggled when climbing hills and steps. They found it difficult to walk more than a mile at a time, or to walk more than five miles in a day. Some of our companions were overweight, but most were not. They were just old and out of shape.

Now, I’ll admit that the average age of the tourists on our cruise was probably between 70 and 72. It can be tough for even a fit 70-year-old to keep up with a 40-year-old. But it doesn’t have to be that way. Some of our companions had prioritized fitness as they aged, and their focus on health was paying dividends.

I don’t mean to imply that Kris and I are models of fitness. Not even close.

Despite six months of intense training via Crossfit, I’m still not as fit as I should be. I’ve lost 35 pounds, yes, but I have ten or fifteen more to lose, and that slowed me on this trip. Plus, my bad knees hurt like hell whenever we had to climb stairs. (Climbing to the top of St. Peter’s Basilica at the Vatican was excruciating — my left knee gave me fits. Notre Dame wasn’t much better.) 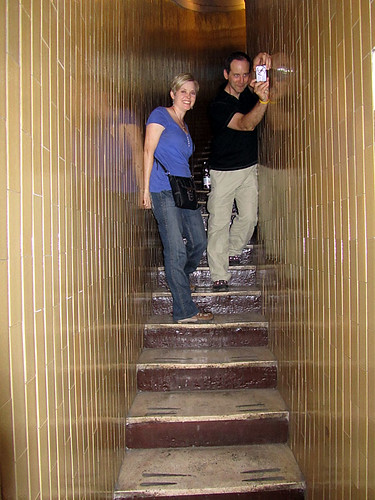 Our new friends Joy and Phil, climbing the steps of St. Peter’s Basilica

My extra weight and my bad knees are both reminders of the poor choices of my past.

Kris, too, showed signs of age. Her task-master husband — that would be me — had her walking all over the streets of Paris until finally, one night, she said, “Enough!” A younger Kris might have kept going, but this Kris is forty and not used to walking everywhere.

Important note: It’s never too late to turn things around. Even if you’ve neglected your health for decades, you can start making positive changes today, changes that will improve your quality (and quantity) of life, as well as saving you money.

First, if you’re interested in travel, travel now. Don’t put it off. If travel is a priority, find ways to budget and save to make it happen. Over and over, Kris and I talked with older couples who wished they had started traveling earlier, when they were still more physically active. And when we met travelers our age, they all said the same thing: They consciously choose to sacrifice other luxuries and comforts so that they can travel while they’re young.

But most of all, I want to stress this point: Your health is your most important asset.

In January, I declared 2010 my personal “year of fitness”. I set a goal: lose 50 pounds by the end of December. So far, I’ve lost 35. I may not hit my target, but I’ll come close. But I’ve decided my health is even more important. I don’t want this to be a one-year thing. I want to increase the chances that when I reach the age of 65, I’ll look and act like Roger and Deno and Cindy, and less like everybody else.

To that end, I’ve come up with a short list of simple tasks that I believe can help me stay healthy for years to come. They’re all common sense. I want to:

For a long time, I thought it was crazy to spend more on whole foods and organic produce. And if two years ago you would have told me that I’d now be spending $200 a month for a gym, I would have laughed. My perspective is different now. Yes, high-quality food can be expensive, and yes, 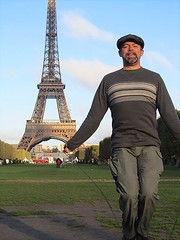 Crossfit is costing me a lot of money. But the end result is that I’m fitter and happier than I have been in years. To me, that’s worth the cost.

I’m not going to say that “cost is no object”. That’s silly. I think it’s just as important to be frugal with fitness as in other aspects of my life. But I also recognize that it’s foolish to sacrifice my health for the sake of a few bucks.

Earlier this year, I joined a gym that costs me $200 a month. Sometimes I worry about that cost. But you know what? That $200 is peanuts if it produces results, if it helps me become fit and strong. Which it has. (The two things I missed most on our trip? Our cats and the gym. I’ve been craving intense exercise. Thankfully, I’m back to pull-ups and double-unders at 6:30 this morning!)

Our vacation had a mopey conclusion. We ended the trip with three days in Paris, where we spent most of our time in bed — sick. I had a sinus infection, and Kris had bronchitis. We stumbled out of our hotel room on occasion to look at art (the Mona Lisa!) or to get food (olives and cheese from the grocery store) or to go to the pharmacy, but mostly we slept and watched every movie and television show we’d brought on the iPad. It was a miserable way to end our trip, and it was a final reminder of how important good health is.

By not being out and about on those last few days, we essentially wasted hundreds of dollars. (We could have been sick and tired in our own bed at home for free instead of paying for a hotel room.) But this expense is nothing compared to the costs of chronic poor health.

Your health is your most important asset. Do everything in your power to protect it — and to make it last.