Kim and I are now 52 days, 2500 miles, and $4000 into our planned year-long RV trip. We’ve made it to Page, Arizona, which sits just south of the Utah border. (Technically, our RV is currently parked a few feet into Utah, but we’re counting this as time in Arizona. Because it is.)

In many ways, this trip has gone better than expected. We both enjoy the nomadic lifestyle, spending a few days in one place before moving on to the next. We are learning so much about this country’s culture and geography. Already, books and movies are gaining “texture” that might otherwise have been missing. (Example: While listening to The No. 1 Ladies Detective Agency yesterday, the description of the mine made more sense because we’d taken a mine tour in Bisbee, Arizona two week ago.) 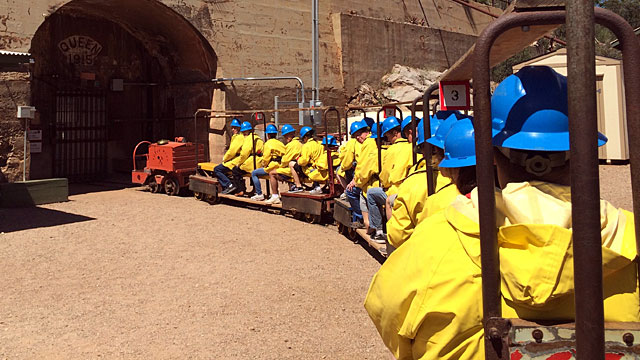 Entering the Copper Queen mine in Bisbee

The combination of our motorhome and Mini Cooper has worked well, and we’re making constant small improvements. We picked up a seven-dollar crockpot at a thrift store in Oceanside, California, for instance, so that we can bulk-prepare meals. And yesterday we bought a cast-iron skillet to replace the cheap piece of junk we’ve put up with for the past two months.

Through it all, our relationship seems to be getting stronger rather than weaker. We truly enjoy spending time together, especially when we’re exploring. 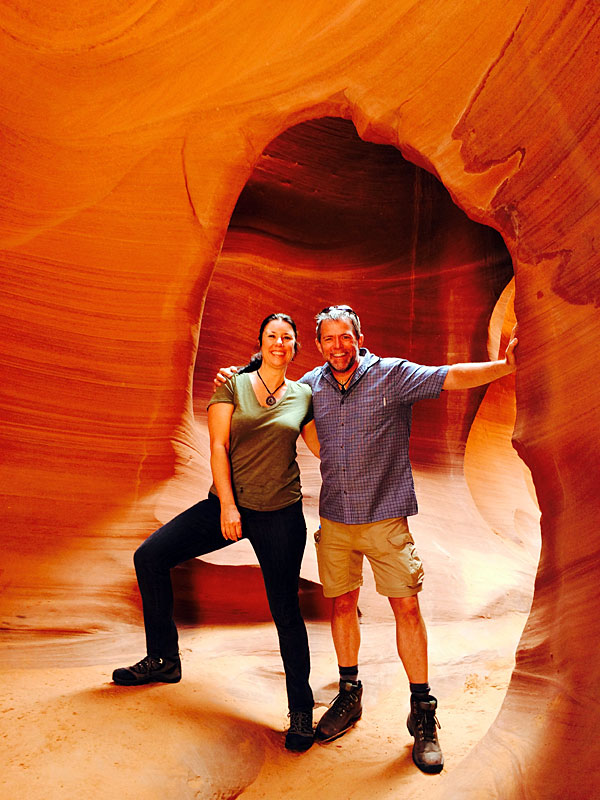 Having fun in gorgeous Antelope Canyon

Not everything about the trip is awesome, of course. There are downsides of differing degrees. For instance: 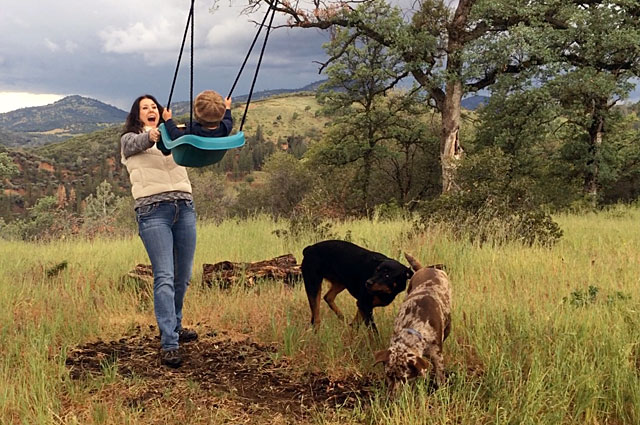 Although we don’t have as much “work time” as we had expected — as you can tell by the fact that I haven’t had time to write here at Foldedspace! — we’re still taking steps to document the trip as it happens. Kim and I are both keeping journals. (Mine is very basic: where we were, what we did, what we spent.) We’re also taking tons of photographs — and a handful of videos. We post the best of these on Facebook and Instagram, and I’m trying to share highlights now and then at Far Away Places. 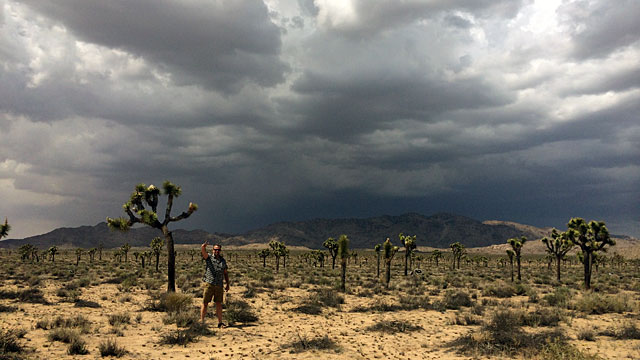 We were lucky to tour Joshua Tree when it was cloudy and rainy.
The weather added texture to everything.

Lastly, I’ve been logging a variety of statistics in a spreadsheet. That’s how I know we’ve spent $3987.09 on this trip so far (again, not counting personal expenses); when we drive the motorhome, we’re getting an average of 7.7 miles per gallon and an average speed of 41.21 miles per hour; we’ve spent 64% of our nights in RV parks, 26% with family, 8% boondocking, and 2% (one night) in a hotel; and so on. Yes, I am a nerd.

In some ways, this trip is lasting longer than expected. We’ve been on the road for almost two months, and we’ve only been to California and Arizona! At this rate, it’ll take us four years to criss-cross the United States. On the other hand, the time also seems to be rushing by. There are so many places to see and so many people to meet. 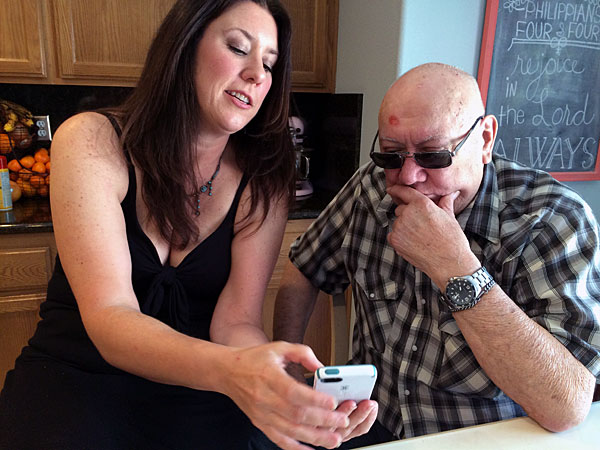 Kim shows her grandfather photos of our trip.

Yesterday we took the short walk into Horseshoe Bend. While taking dozens of photos with the other tourists, I chatted with a man from Arkansas who’s out here with his family. “I’ve never been out of the U.S.,” he told me. “I always wanted to visit other countries, but this vacation has made me realize there’s so much to see here. I could spend a lifetime exploring my own country, let alone the world.”

Exactly. That’s probably the biggest realization Kim and I have had on this trip too. We knew the U.S. was vast — it’s something we always tell folks from other countries who talk about coming to New York and simply popping over to L.A. — but we never appreciated how vast.

We’re okay with the vastness. That means there’s more beauty for us to see, more people to meet, more places to sit and meditate and feel lucky to be alive. Now, however, it’s time to leave Page, Arizona and move on to Monument Valley. From there, we think we’ll swing north before crossing into Colorado. But who knows? Mostly, we’re making this up as we go along. And that’s half of the fun… 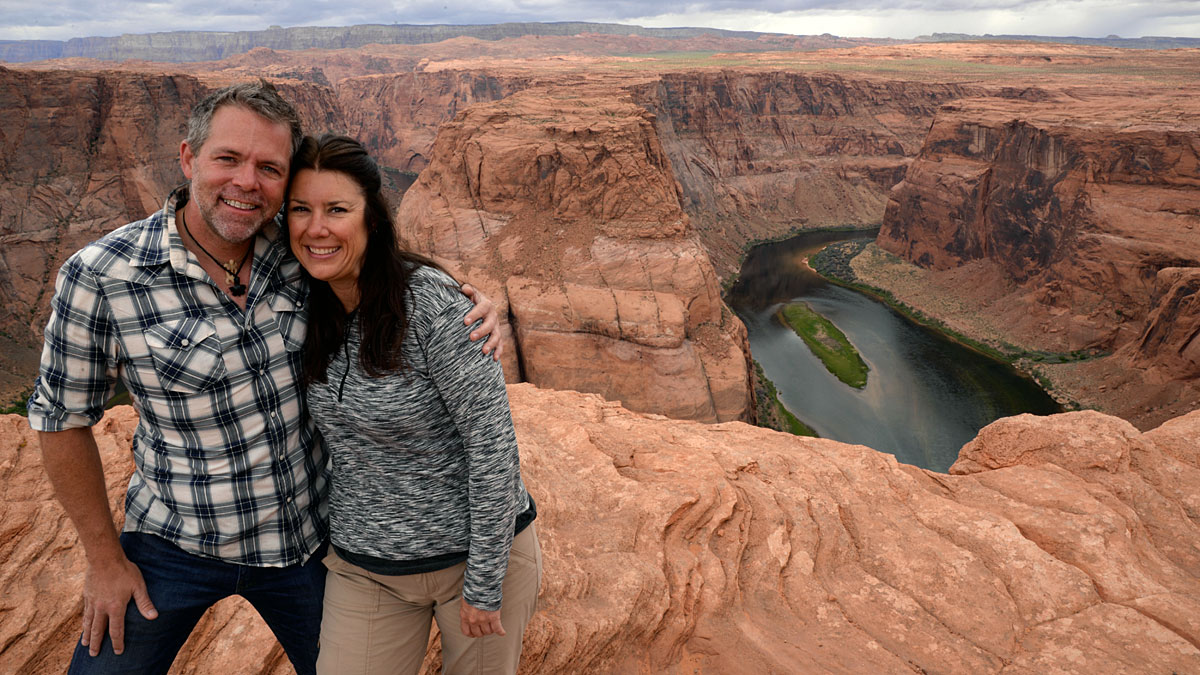