When Kim and I moved last summer from our riverfront condo to this country cottage on the outskirts of Portland, one of my primary aims was to slash our spending on both housing and food.

Although we owned our condo free and clear, living there still cost us roughly $1200 per month. Plus, there were the added costs that came from living so close to bars and restaurants. Sure, we didn’t have to eat out as often as we did — we understand that was a choice — but we enjoyed exploring what the neighborhood had to offer.

Well, I’ve now had time to gather enough data to determine whether we were able to achieve this goal, to cut our monthly costs. I’m pleased to say the answer is “yes”! But for a few years, this gain is going to be completely negated by our massive home remodeling project.

Let’s look at some numbers.

To start, here’s how my monthly housing costs have changed:

Before we made the move, I estimated that it’d cost us about $500 per month for housing expenses. That was a good guess. My expenses are actually a little lower than that. And because Kim is paying me $500 per month to “vest” into ownership of the house, my net monthly housing costs are actually minus $21.45. I’m making money by living here! (Haha. I wish.)

Meanwhile, our eating habits have also changed. We don’t go out to eat nearly as much as we used to. When we do dine out, we choose cheaper places. (Our current neighborhood isn’t quite as hip as our old neighborhood.) Last night, for instance, we hit up our favorite pub. It cost us $54, and that’s expensive for this neck of the woods. In our previous neighborhood, we’d often hit a hundred dollars when dining out.

Here’s how my food spending has changed:

Let me be the first to point out that I spend a lot of money on food. I acknowledge that. This wasn’t a weak spot in my budget back when I started Get Rich Slowly in 2006, but it certainly is today!

That said, moving to the suburbs did indeed help me spend less on food. My grocery bills aren’t down as much as I’d expected — only about 16% — but that’s still saving me nearly $100 per month. Meanwhile, my restaurant spending has been cut nearly in half! Overall, my monthly food budget has declined by 28% (which is more than $300 per month).

“But wait, J.D.” you may be saying. “Have other aspects of your budget ballooned because of the move? Are you driving more, for instance? And what about your outlandish home improvement projects? You’ve already admitted that you’ve spent roughly $100,000 on renovations since moving in!”

I am spending about twice as much on fuel as I was before. During the first four months of 2017, I spent an average of $25.79 per month on fuel. So far in 2018, I’ve averaged $56.69 per month on fuel. Other than that, however, the move has had no adverse effect on my finances…except for the very expensive remodeling projects we’ve been doing.

The Big, Fat Elephant in the Room

I haven’t included the remodeling costs in the above numbers because they’re not a regular expense. Trust me: I’m perfectly aware of how much I’m spending on home improvement, and it’s caused me plenty of anxiety. But those costs aren’t recurring, so I don’t include them when calculating average monthly expenses.

What I have been doing is some mathematics gymnastics:

Based on these numbers, we can calculate how long it will take to recover the remodeling costs (compared with having remained in the condo). Dividing our $33,934.61 excess costs by my $1510.58 per month improved cash flow, we find that it’ll take 22.5 months — just under two years — to compensate. And, of course, it’ll take roughly the same amount of time to compensate for the deck and hot tub.

Translation for non-nerds: Moving from the condo to this house saved me just over $1500 per month. This savings has been temporarily negated by all of the home projects. But after about four years — assuming we find no further problems — we’ll pass the break-even point. At that time, the move will become a financial win!

If you’ve been reading Get Rich Slowly for a while, you know that these two routine tasks are less than routine for my family. My mother has fought a long-time battle with mental illness. After a crisis in 2011, my brothers and I realized that she could not live alone. We found a highly-regarded local assisted living facility that specializes in patients with memory issues. (Mom has some sort of cognitive disability that includes memory loss, but which the doctors have been unable to diagnose.)

For the past seven years, Mom has lived at Happy Acres in a comfortable apartment with her cat (Bonnie) and her television. When I see her, I often ask if there’s anything more she needs or wants. She assures me that this is all she needs to be happy. 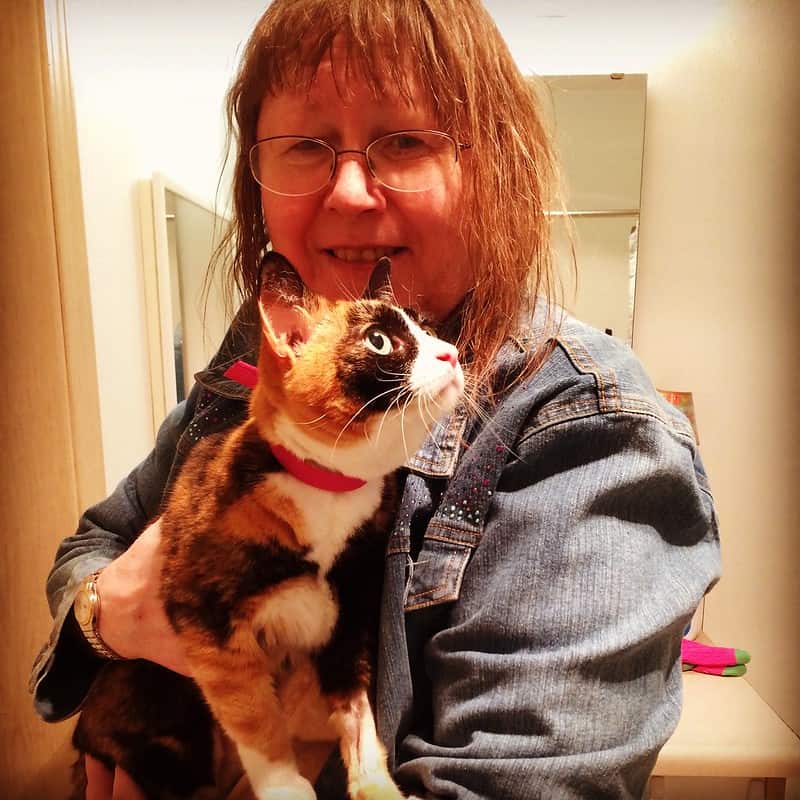 At this point, Mom struggles with routine personal hygiene, so there’s no way she can take care of tasks like signing up for Social Security or taking withdrawals from her retirement accounts. As her sons, that’s now our job. (And we’re happy to do it.)

You might think that this process would be easy — but you’d be wrong. I suspect that in most cases, getting retirement benefits started is easy, but it’s much less so in our situation. END_OF_DOCUMENT_TOKEN_TO_BE_REPLACED