Over the past week, I’ve been conducting my first-ever personal annual review. I’ve looked back over 2012 to see what went right, what could have gone better, and what I might like to do in the year to come.

It’s been fun to reflect on the past twelve months. For several years, I’ve been pursuing personal growth, and that growth really came to fruition in 2012. This was, above all, a year of change. It was a year of exploration and development. Today, on the last day of the year, my life is very different than it was at this time last December. Here’s a brief summary of the path my life has taken:

To start the year, I moved out on my own. After asking Kris for a divorce in November 2011, I slept on the couch downstairs for six weeks until she and I were both ready for me to move out. In early January, I packed most of my stuff and began life alone in an apartment near downtown Portland. Believe it or not, this was the first time in my life I’d lived alone. At first, it was tough. But I made a conscious effort to spend time with friends and to busy myself with work, which made things bearable.

After a few weeks by ourselves, Kris and I made a final trip together as a couple. During the summer of 2011, we’d booked a trip to Patagonia with our college alumni group. I gave her the option to make the trip by herself, but she wanted for the two of us to share one last adventure, so we did. We explored Buenos Aires, hiked Torres del Paine, and swam off the shore of Easter Island. It was a bittersweet epilogue to our 23 years as a couple. 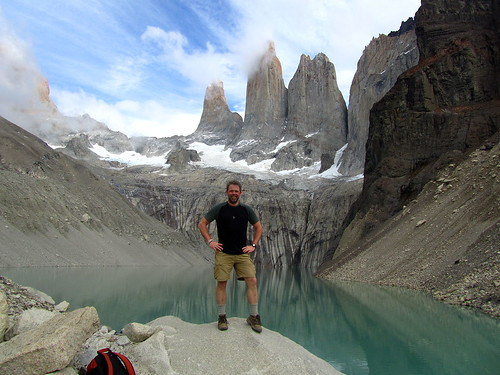 After returning from South America, I tried to find some sort of rhythm in my new life. I continued exercising at my Crossfit gym, spent more time learning Spanish, and resumed writing for my personal finance blog. (My favorite article this year was the list of 43 lessons I’d learned in 43 years.) I also continued to see friends, old and new. My new life was simultaneously scary and exciting. 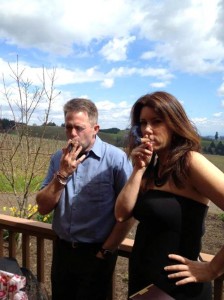 With the arrival of spring, I decided to dip my toes into the world of dating. Actually, I dove in head first. I embarked on what I called my Extreme Dating Project, in which I went out with as many women as I could. My plan was to date for a long, long time, to learn more about myself and about relationships. But in the middle of April, my plans were de-railed. On a wine-tasting trip with folks from the gym, I started chatting with Kim, a woman I’d basically ignored for the the previous six months. We clicked on all sorts of levels. By the end of April, we were dating each other exclusively.

For the rest of the spring, Kim and I explored to what degree we wanted our relationship to develop. Meanwhile, I devoted myself to a final push for fitness. After losing forty pounds in two years, I wanted to get rid of ten more. Plus, I wanted to be strong. So, I decided I’d go to the gym “every day in May”. I almost made it. By the end of the month, I was sore and tired, though, so I had to take two days off. Still, I finished the month feeling fitter than ever. Meanwhile, I was beginning to realize I had nothing left to say about personal finance. After six years of writing about the subject almost daily, I was ready to call it quits. I just didn’t know how.

After focusing on fitness in May, I decided to eat “no junk in June”. I spent the month building solid nutrition habits. I also spent a lot of June finalizing details for the second annual World Domination Summit. As the weather warmed, I walked everywhere I could for transportation. Because my apartment was centrally located, most days I walked between six and twelve miles around Portland. I loved it. 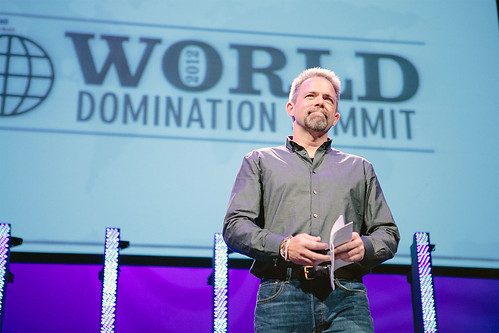 July began with a bang. After some on-again/off-again dating, Kim and I decided to give things a go without reservations. We spent Independence Day at a blues festival along Portland’s waterfront. She came to hear me speak at the World Domination Summit. And then we spent the rest of the month making short trips around the state, enjoying the start of Oregon’s short summer. On the last day of the month, we made things as “official” as they get these days: we confirmed our relationship status on Facebook.

During August, I spent most of my time preparing for my upcoming trip to Turkey. This meant writing articles in advance, plus preparing talks for the two conferences I’d be attending in the coming weeks. At the end of the month, I joined eleven other folks from the gym to run Hood to Coast, a 195-mile relay race from Mt. Hood to Seaside. Not everything was fun and games, though. I could tell I’d hit a wall in my Spanish classes, and that was frustrating.

September was full of adventures. To start the month, I flew to Denver for the second-annual Financial Blogger Conference. From there, I flew to Istanbul, where I joined my cousin Nick for a three-week tour of Turkey. We had a blast walking through ruins, wading through mineral pools, dodging carpet salesmen, and flying in hot-air balloons. In many ways, Turkey was the most foreign of the countries I’ve visited in the past five years. I both loved it and hated it. But the trip solidified my desire to travel.

The Muslim call to prayer in Istanbul

After touring Turkey, I flew to New York, where I spent a few days meeting with friends and colleagues. I also saw three Broadway shows in three nights. From there, I flew to Atlanta for the third-annual Savvy Blogging Summit, which is one of the highlights of my year. To end my five-week trip, I spent a couple of days in San Francisco before reuniting with Kim at her brother’s hotel just outside Yosemite. This was the month that I officially retired from Get Rich Slowly and turned my attention to More Than Money.

After months of transition, November was the first month that felt truly stable. I fell into a sort of a routine, working like mad during the week so that I could spend my weekends with Kim. I reached Inbox Zero for the first time in years (though I’m now back up to Inbox 113, which actually isn’t that bad), picked up some new writing gigs, and began work on next year’s World Domination Summit. I also started working with a personal trainer so that I could focus on building strength. Unfortunately, a shoulder injury sidelined my strength goals and forced me to focus mostly on rehab.

During December, I continued with my new-found work routine. I also hatched a new business idea with two colleagues, agreed to speak in Ecuador next summer, and began shopping for a house here in Portland. I also applied for a job for the first time in years. It’s a BIG job, otherwise I wouldn’t have pursued it, but it’s still a job. At the end of the month, Kim and I rented a home in central Oregon for a week, where we played in the snow and soaked in the hot tub. 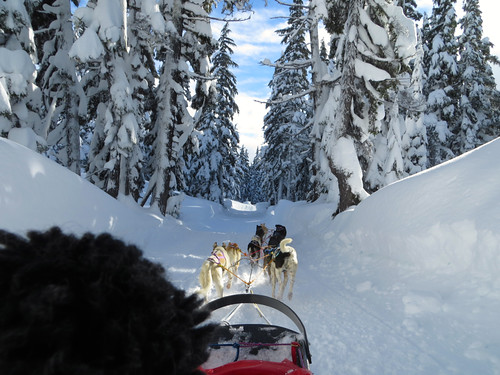 Dogsledding with Kim over Christmas break

The past twelve months have been amazing. I’ve done a lot of things that make me happy.

Because I didn’t set any goals at the start of the year, I have nothing specific to measure success. I’m okay with that. I’m happy, and to me that’s the best barometer of all.

Though 2012 was a good year, not everything was perfect.

For one, my Spanish lessons got de-railed. I started the year with a great tutor, but we parted ways when I left for Turkey. She encouraged me to continue lessons with somebody else (or to take classes in a group setting), but I haven’t found the time. Then my English student returned home to Spain in December, leaving me without a single outlet for Spanish learning right now except my subscription to People en Español. I need more practice.

Finally, I’m not happy with how things finished with my physical fitness. I reached a peak level of fitness in early July, and I was making lots of smart choices. But then a combination of injuries, travel, and poor choices made me a little soft. I’m carrying an extra five or ten pounds now, and my fitness levels are lower than I want them to be.

Though I didn’t set goals for 2012, I have a few plans for the year to come. Tomorrow, I’ll share some of my goals, including the means by which I’ll measure their success.

What about you? How was your 2012? Are you happier now than you were the same time last year? Have you made progress on your personal goals? What went well for you this year? What could have gone better?