Note: Today, as with every Monday during 2014, I’m publishing a short “chapter” from my unpublished ebook about fear, happiness, and freedom. Astute readers will recognize that much of this particular chapter appeared as blog post at this site last May.

Saying “yes” is the first step to fighting fear and living a life without regret. But saying “yes” isn’t enough by itself. To cure fear, you must also take action.

My friend Cody is a personal trainer. He coaches athletes to lift more and run father than they believe they’re able. Cody says one key to achieiving peak performance is overcoming fear.

When lifting weights, for instance, many athletes — especially novices — become intimidated. They may be physically capable of living a given weight (and may have even lifted that very weight in the past), but they’re afraid to do so; they think about what might happen if they drop the bar. Others might imagine the pain and suffering that comes from running a marathon, the long hours of work ahead, and allow those thoughts to stop them from attempting the race.

Cody says that successful athletes overcome their fear by turning off their brains and taking action. Instead of waiting for the moment when fear subsides — a moment that might never come if she keeps thinking about it — the veteran forces herself not to think about what she’s doing. She simply does it. She lifts the weight or scales the wall or dives into the pool. She keeps running and doesn’t think about the distance that remains. 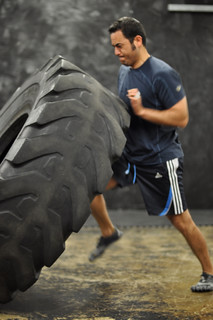 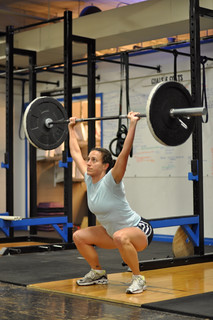 At the start of the classic science-fiction novel Dune, our young hero is put to a painful test. To calm himself and focus his mind, he recites this litany against fear:

I must not fear. Fear is the mind-killer. Fear is the little death that brings total obliteration. I will face my fear. I will permit it to pass over me and through me. And when it has gone past I will turn the inner eye to see its path. Where the fear has gone there will be nothing. Only I will remain.

If fear is the mind-killer, then action is the fear-killer. To overcome fear, you must reach a point where you’re no longer thinking — only acting. Thought creates fear; action kills it.

And in The Magic of Thinking Big, David J. Schwartz writes, “Action cures fear. Indecision, postponement, on the other hand, fertilize fear…When we face tough problems, we stay mired in the mud until we take action. Hope is a start. But hope needs action to win victories.”

Often what we’re actually afraid of is the unknown. We like certainty, and choosing to do something with an uncertain outcome makes us nervous. The initial step into the unknown can be scary. But after the first, each subsequent step becomes easier and easier. When you act, you remove the mystery.

For years, I was frightened to speak in front of crowds. I avoided it. And when I agreed to speak, I put off preparation until the last possible moment. But when I began to say “yes” to offers and opportunities, I had to learn to speak in front of crowds. At first, I didn’t like it. But over time a funny thing happened. The more talks I gave, the better I got — and the more I enjoyed it. I’m still not great at it, but my fear fades a little more each time I step on stage. Action is curing my fear.