If you want to change, change today — not tomorrow

Every year as December winds to a close, I think about all of the things I’d like to change in my life. I think about how I’d like to lose weight, stop wasting money on stupid stuff, and — especially — learn to use my time wisely.

Some years (and this is one of them), I make grand plans to change my habits.

Recently, for instance, I purchased a five-year journal. It’s exactly what it sounds like: a lovely little book that includes space to make entries for each day from 01 January 2021 until 31 December 2025. 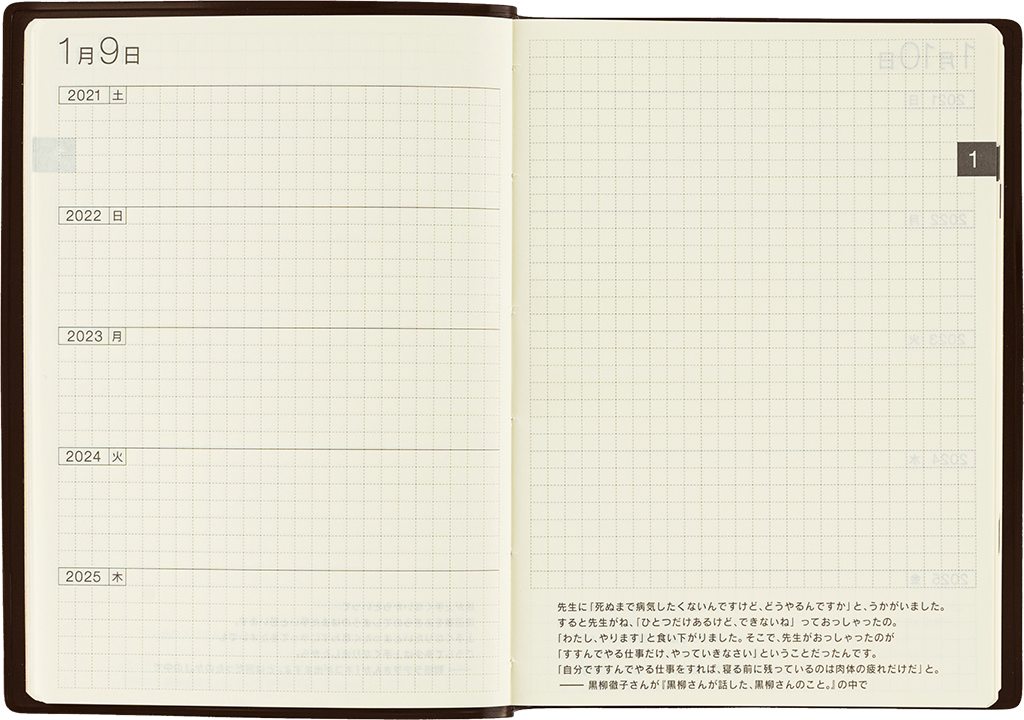 In my mind, it’d be awesome to commit to keeping this journal for five years. And I really really want to do it.

But here’s the problem. Often, these grand plans aren’t rooted in reality. They’re based on some idealized picture of who I want to be, not who I am. As a result, I don’t follow through. (Fortunately, my intended journaling routine is aligned with who I am.)

I’ve struggled with my weight all of my life. There have been periods where I’m fit and healthy, but there have also been periods during which I indulge myself indiscriminately. I gain weight. My blood pressure soars. My mental health suffers.

Eventually, I decided I need to get fit again. When this happens, I take one of two approaches.

This latter method is aligned with who I am. It doesn’t operate on the assumption that I will suddenly become a different person. It accepts my quirks and works with them.

Like I say, I have a much higher success rate when I opt to make changes that come from a place of intrinsic motivation.

There’s nothing revelatory here. Psychology shows that changes are more likely to stick if we’re intrinsically motivated rather than pursuing something because somebody is making us do it (or we think we ought to do it). We have to want the change for the change to occur.

I know this, but that doesn’t stop me from wanting to adopt habits that are completely foreign to my mental make-up. I think we all do this.

There’s another problem with deciding, “Oh, I’m going to suddenly be a different person on January 1st.” When I decide to adopt resolutions on some meaningful date — the first of the year, my birthday, various anniversaries — they rarely stick. Maybe I adhere to the new behavior for a day or two, but then I forget (or fail) and it makes me feel shitty. I feel ashamed. I feel like a failure.

I have much, much better success if I do not aim to adopt new habits on some meaningful date. I get better results when I decide to start now.

Again, let’s use my fitness as an example.

I frequently try to start fitness programs at the first of the year. Or on my birthday. But during my 51+ years on earth, this has never worked. Not once.

What has worked, however, is starting immediately.

If I want to lose weight and get fit (and I’m serious about doing so), then the most effective thing is to begin this very moment, not wait for some arbitrary date in the future. I have the motivation now. I have the desire now. If I start when I’m motivated, I’ll build momentum. If I wait until a future date, I may or may not have the desire at that time.

In 1997, for instance, I hit 200 pounds for the first time in my life on May 6th. After I stepped on the scale and saw that number, I decided then and there to lose weight. Over the next six months, I lost forty pounds. (And it was this weight-loss journey that led to my first blog. Neither Folded Space nor Get Rich Slowly would be here today if I hadn’t made that decision!)

In 2010, I resolved to lose weight starting January 1st. It didn’t happen. But I did get fit after a similar “come to Jesus” moment in early April. (That instance led to me losing forty pounds again and achieving the best fitness of my life.)

And this year? This year, I hit my limit on July 28th. I resolved to lose thirty pounds in six months. It now looks like I’ll miss my target by a week or two — but I’m still going to shed that thirty pounds. (And more.) Then, I’ll start working on exercise to boost my overall fitness.

In each of these three cases, I started when I was inspired to start. I didn’t wait for some date in the future.

I went alcohol-free from July 5th to October 29th of this year using the same method. I simply said, “Enough.” I made the decision to stop drinking, and I followed through. I’m ready to resume sobriety starting tomorrow, even though I know have a lousy track record of doing things when I pick a “magic” date. If I was serious, I’d start today. I’d let Kim enjoy champagne tonight and I’d celebrate sober.

Anyhow, none of this means that I shouldn’t try to make changes in the new year. It’s always good to pursue self improvement. But I need to be realistic about the likely results. And I need to recognize that my true successes come when I make changes immediately, when I’m motivated, instead of waiting for some magical time in the future.