Earlier this summer, I made plans for the trip of a lifetime. I would fly to England where I’d spend most of August and part of September walking from coast to coast, following the path of Hadrian’s Wall. From there, I intended to hop a ferry to the Netherlands or to make my way south to Cambridge, where I’d lodge with some Get Rich Slowly readers.

Real life, however, intervened. My mother got sick. Our roof sprung a leak. Work demanded my attention. Between these things (and more), I was forced to cancel the trip.

I was bummed for a while, but soon put plans into motion for a different adventure. And tomorrow that adventure begins. As I write this, I’ve just wrapped up a weekend at a Financial Blogger Conference in Chicago. But I’m not returning directly to Portland. Where am I going instead? Well, on Tuesday I fly from Chicago, Illinois to Lima, Peru. 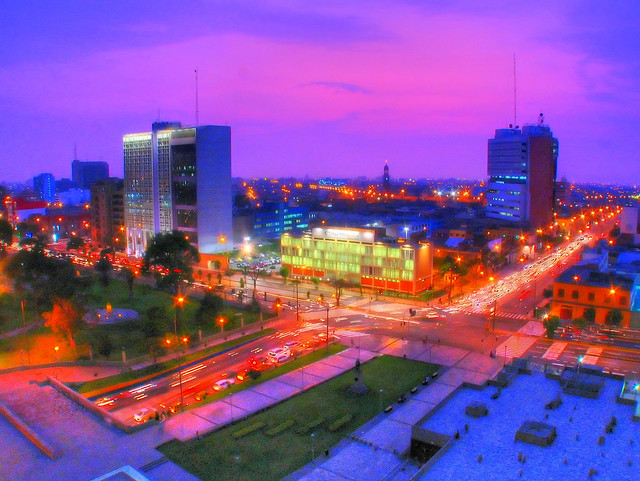 “Why do you want to go to Peru?” a friend asked me recently.

“Well, at first I thought I wanted to go to Ecuador,” I said. “But as I started to make my plans, my heart just wasn’t in it. Nothing about the trip excited me except the excursion to the Galapagos Islands. Then I did some reading about Peru, and I realized that Machu Picchu is there. Not just Machu Picchu, but also Lake Titicaca and Lima and the Nazca Lines. Plus there’s the Amazon rain forest. In fact, the more I read about Peru, the more I realized that there was too much to see and do.”

It took me an entire day of planning to come up with a five-week itinerary that packed in plenty to do while still remaining affordable. It was tough. I feel like there’s more to do and see in Peru than there was in Paris!

First up, I’ll do the Andes and Altiplano Trek from World Expeditions. I’ll meet the other members of the trip on Wednesday in Lima. From there, we’ll fly to Cuzco, the historic capital of the Inca Empire. After a few days to acclimate to the high altitude — Cuzco sits at 3399 meters above sea level, which is twice as high as Denver, Colorado — we’ll trek to Machu Picchu. 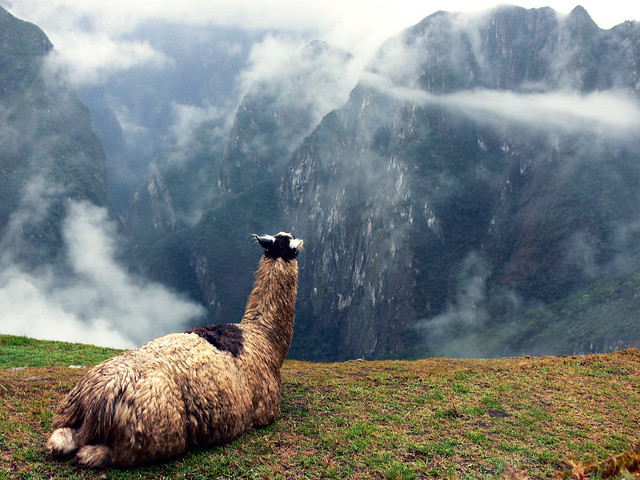 A llama atop one of the terraces at Machu Picchu. Photo by epicxero.

Machu Picchu is an ancient Incan city or estate — archaeologists can’t really agree on its original purpose. Nobody denies its beauty and importance, though. (It was selected as one of the new Seven Wonders of the World.) Tens of thousands of hikers walk the Inca Trail to Machu Picchu each year. I chose an expedition that takes the less-traveled Salcantay Route.

After reaching Machu Picchu, we’ll return for a couple of days rest in Cuzco before journeying to the town of Puno on the shores of Lake Titicaca. (At 3811 meters above sea level, this is the highest navigable lake in the world.) From here, we’ll venture into Bolivia for a four-day trek through the Condoriri region (and elevations of up to 5100 meters!). We finish the trip in La Paz.

From La Paz, I’ll fly back to Lima, where my wife will join me for a less strenuous trip through Peru. We’ll do a short culinary tour of Lima, and then fly to Cuzco for several days of site-seeing and a train ride to beautiful Machu Picchu. 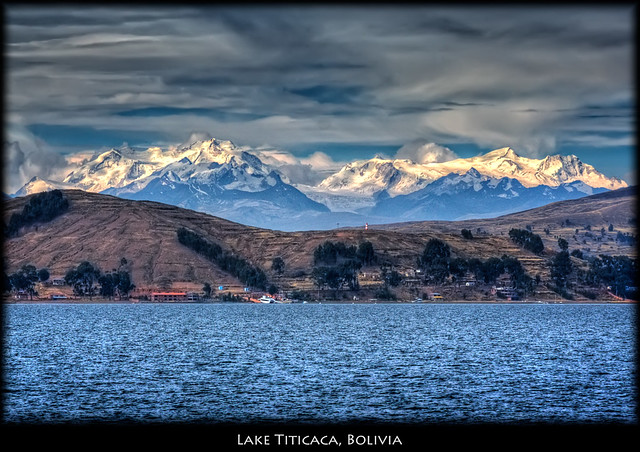 With just 36 hours remaining before my flight leaves from Chicago for Lima, I’m eager to begin. I’ve never done anything like this. I’m both excited and scared.

But I’m packed and ready. I’m carrying a 45-liter travel pack weighing about 9kg. I also have a small daypack that comes in at about 4kg. I would love to get everything to fit in the bigger bag (and get my total weight down to 10kg), but that’s going to be tough. I picked up another kilogram of bulky material here at the blogging conference. Besides, I actually think I’m under-prepared for once. I may have to buy additional cold-weather layers in Cuzco.

My main worry is crime. Everyone I talk to says something like, “Oh yeah, you’ll probably get mugged, but it’s no big deal. Just accept the fact you’ll probably lose your laptop.” I don’t want to lose my laptop. I don’t want to be mugged. I know there are things I can do to reduce the likelihood that I’ll be targeted, but still…it’s not comforting to have every person I talk to — including native Peruvians — tells me that I should just accept the fact that I’ll be a victim of crime. (But you know what? Many folks told me I was going to get mugged in Italy. And Paris. And Cape Town. But I never had any trouble whatsoever.)

The truth is, aside from my life, nothing I have is that precious. Yes, I’d be pissed if my laptop were stolen, but everything I do on that machine is backed up online automatically anyhow. And it’s really the data I’m afraid of losing, right? As long as I can find a way to back up my photos as I travel, I should be fine.

My top choice for this trip was a actually “tour” from Gap Adventures that consists of two weeks volunteering at a drop-in center for kids in Cuzco. I want to to explore “volunteer vacations” — I’ve been looking at projects with Edge of Seven, for instance — and I’m certain there’s some voluntourism in my future. But not this time.

The literature for the Cuzco Kids program strongly discourages folks who are’t proficient in Spanish. After three months of learning Spanish, my skills are coming along and I’m able to read it okay, but my speaking ability is terrible (and my listening skills aren’t much better). I’ll have to keep the Cuzco Kids program as an option for 2012 or 2013.