I had a great weekend, despite being sick as a dog.

On Friday night, Tiff and I went to hear The Revenge Business play at the Dublin Pub. The Revenge Business is Josh and Paul’s new band. They’ve merged with three other musicians, and the results are impressive. Carli, the lead singer, has a fine set of pipes. The group plays a lot of covers, but plays them well. Even their original songs are catchy. (Josh’s performance of “Anarchy in the U.K.” was AWESOME. Seriously, Josh — this is the stuff you’re voice is suited for — you rocked!)

I had a little trouble with the whole “pub experience”. I’m not a bar and pub kind of guy. I don’t understand the etiquette. For example, apparently most drinks are actually ordered by walking up to the bar. I’m used to table service. I ordered hot wings — my standard pub food — and waited 45 minutes for them to arrive. Despite the slow service, I left a hefty tip, but when I checked my bank statement, I was charged for only the food and drinks, not the tip. I don’t get it.

At the end of the evening, I felt like crap. I was sick as a dog.

On Saturday, Kris and I worked in the yard. We raked leaves and tore out tomato plants. I even got to prune the mimosa.

In the afternoon, I zipped up to the convention center to briefly attend the Stumptown Comics Fest. My main goal was to find the Fantagraphics booth, which I did. I picked up the latest volume of Complete Peanuts, the first of their marvelous Popeye compilation, and, on Michael’s recommendation, the lovely bound volume of Castle Waiting.

Afterward, I swung down to the Rose and Raindrop — another pub — to attend a Metafilter meetup. Every so often, denizens of Metafilter, the group weblog I frequent, gather to meet each other: to chat, and drink, and laugh. I’ve never been able to make a meetup before. I was pleased to meet croutonsupafreak, j, matlidaben, jessamyn, and turbodog, among others. It was also good to chat with Matt for a few minutes. (Matt has been very supportive of Get Rich Slowly, which I appreciate.)

At the end of the meetup, I felt like crap. I was sick as a dog.

I had intended to head down to Denise and Lynn’s Halloween party, but I opted out. I tried to watch some Sex and the City with Kris, but instead went to bed early. 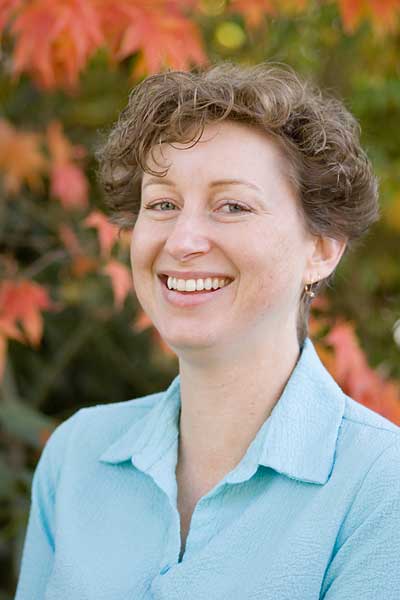 On Sunday, we took Tiffany to Ken’s Artisan Bakery for a tasty breakfast. Afterward, I played with my camera for the first time in months. I took photos of Kris, Tiff, and the cats. I felt crummy in the afternoon, so I crawled into bed. Meanwhile, Kris fixed Jenn’s famous BBQ Beef Brisket, and invited Paul and Amy Jo to join us for dinner. The meal was great, as always. That brisket recipe is one of my favorites.

At the end of the evening, I felt like crap. I was sick as a dog.

In all, it was an excellent weekend, despite this lingering crud.