You know how sometimes you let chores and errands and obligations pile up until there’s nothing left but to ignore what you want to do and take time to actually do what needs to be done? Yeah, well that’s what the past week has been like for me.

I’ve spent most of my waking hours cleaning and repairing the house, driving around Portland to take care of troublesome tasks, and calling companies (and government agencies) to close accounts and/or clarify questions. This includes six hours I devoted to replacing the kitchen faucet. Ugh. 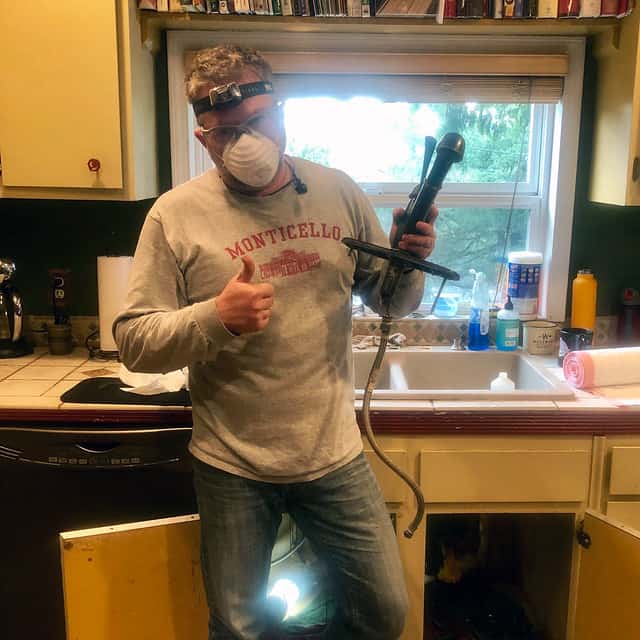 All this is to say: I haven’t had time to work much on Get Rich Slowly during the past seven days.

That said, I have been diligently tracking my expenses. As I mentioned at the start of the year, one of my goals in 2019 is to get back to basics. I’d grown complacent over the past few years. I’d succumbed to lifestyle inflation. I want to cut back on expenditures large and small this year to bring my budget more into balance.

Let’s see how I did.

This month, more so than normal, I was eager to analyze my spending. I spent half an hour clicking through Quicken to see if/how my habits have changed since the first of the year. Here’s what I found:

Looking through my list of expenses line by line, I actually see $1034.40 of one-time expenses. So, in theory, next month my spending should be under $4000. In theory. The problem is that I suspect other one-time expenses will arise. I have this sneaking suspicion that I’m constantly rationalizing “one-time” purchases…as if there should be a $1000/month line-item just for “one-time” expenses. I hope not. But I suspect it’s true.

My goal for the first quarter of 2019 is to become more mindful about my spending. Sure, I want to slash what I can, but my main aim is to be aware of where my money goes, to track it diligently so that I can make appropriate changes going forward.

I doubt I’ll post a spending update every month — I’m not sure there’s much value in these for anyone other than myself — but I’ll publish a few throughout the year. If all goes according to plan, by the end of December I’ll have broken some bad habits and built some better ones!