Are you tired of the winter photos yet? We Oregonians aren’t. Well, we’re tired of being house-bound, perhaps, but not tired of the snow. (According to today’s Oregonian, this is the most snow we’ve had in a winter since 1968-1969, which was just before I was born.)

First up, a comparison of a photo from Saturday night with a photo from Monday afternoon. The first photo was taken at about 7pm, in the dark. We had just a few inches of snow on the ground. The second photo was taken about 42 hours later, at 1pm in the afternoon. We had about fourteen inches of snow on the ground (with one-half inch of ice in the middle). 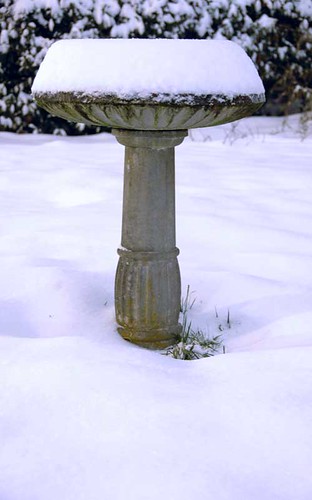 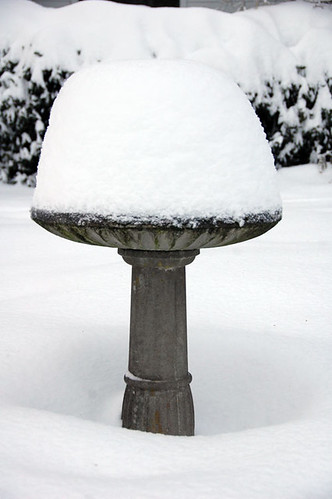 Winter doesn’t just bring snow — it brings icicles, too. Because our house exudes heat, the snow melts and icicles form on the gutters. (Unfortunately, our gutters have actually been damaged in spots.) Click through to see a larger version of this photo at Flickr, where you can see the giant icicle hanging over the dryer vent. 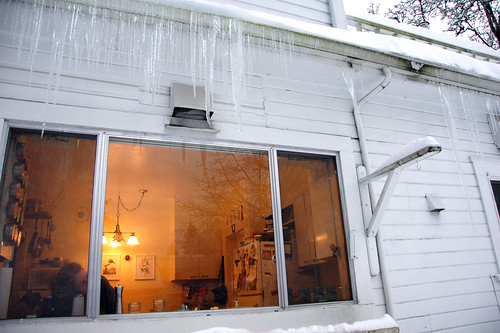 Winter also, apparently, brings Oliver, who still is not my cat. 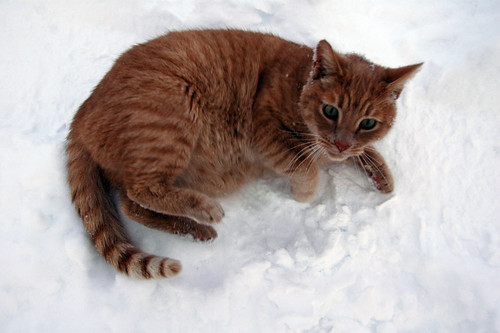 Actually, Maxwell likes to be outside in the the cold. He’s our snow bunny. He whines to be let outside the moment we get up, and then won’t come when called all day long. He only returns just before bed. And where does he go? He just sleeps in the bushes. Stupid cat.

Finally, here’s Kris’ first venture out into the white stuff. Mainly, she’s stayed inside, reading, drinking tea, and snuggling under blankets. But yesterday she ventured outside to experience winter: 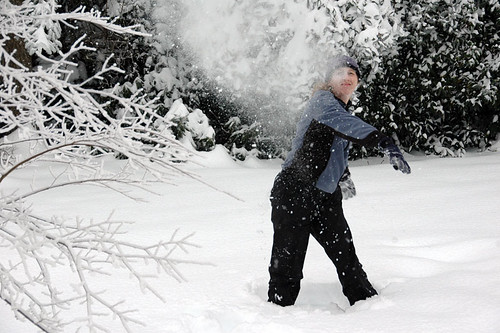 Depending on which forecast you trust, we could see another 3-5 inches of snow tomorrow, as well as some freezing rain. Who knows? All I know is that Christmas has been delayed in the Roth family!