Seven years ago today, Jeremy and Jennifer produced a little Harrison James Gingerich. Jeff and I have always loved the story of Hank’s birthday as told from our perspective, and so today we are sharing it with the world.

On that particular Saturday in 1998, we had gathered at Sabino’s home for a day-long Mario Kart marathon. We had ourselves some serious four-player action, with the winner of each race staying in and the loser(s) rotating out. Joel, Jeff, Phil, and I joined Sabino that day. (It may be possible that Brock and/or Roger stopped by for a while, also.)

The women were across town at Julie’s, baking cookies in her deluxe new kitchen. Sometime in the mid-afternoon, Stephanie called to say that Jennifer had just given birth. They were going up to visit the new parents at the hospital. Did we want to come? (Harrison was only the second child born into the group. Ian had been born the previous May.)

“Hell no!” was our response. We were high on pepperoni and pop. “This is a Den of Iniquity. Iniquitous men don’t go to look at babies.” After we hung up, we laughed amongst ourselves and cracked wise. Sabino broke out his Jerry Seinfeld “you’ve got to see the baby” impression. I complained that all babies look like Winston Churchill. We were smug in how strong we had stood up to our wives. 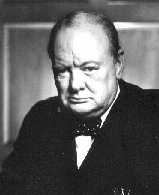 A few minutes later, the women showed up at the house. “Please won’t you come? We’re going to dinner first, and then to the hospital,” they said. “It would mean a lot to Jeremy and Jennifer.”

“No way,” we said. “We have more important things to do. We are mired in sin. Besides, we’ve already eaten pizza.” When the women left, each man knew he was in the doghouse, but nobody cared. Peer pressure hung heavy in the air. “We don’t really know them, anyhow,” we reasoned. At that time, Jeremy and Jennifer were not yet solid members of our group. (In fact, Jenn was a cipher to me; I barely knew her.)

Still, somewhere in the back of my mind, I felt guilty. We played for a few more minutes, and then I said: “Maybe we should go up. Wouldn’t it be funny if the women got to the hospital after their dinner and we were there waiting?”

“It would be kind of funny,” said Jeff. “And then the women would get off our backs.”

“I guess we could just run up there for a few minutes and then come back to see who can defeat the Rainbow Bridge,” said Phil.

And so the five of us piled into a single vehicle and sped to Tualatin. As expected, little Hank looked like Winston Churchill, or a lizard, or any number of the other grotesque creatures that babies look like. “Have our wives been here yet?” we asked. They had not.

“Well, let’s go eat!” suggested Sabino. “We’ll take you for a steak.” The six of us piled into a single vehicle and drove to the newly opened Outback Steakhouse across the freeway. We sat at the bar and ordered Jeremy steak and beer and whatever else he wanted. He smoked like Jeremy will. “Congratulations!” we said. Still full from pizza, the rest of us merely snacked on appetizers.

(Sidenote of interest only to football fans: While we were sitting at the bar, the Heisman Trophy results were being broadcast on television. During the meal, I read the subtitles with interest. A young man named Ricky Williams had just won the award, and while being interviewed he seemed remarkably articulate for a football player. And intelligent. I resolved that I would draft this man for my fantasy football squad. The next year, I traded away Peyton Manning to acquire the first pick in the draft. I kept Ryan Leaf. (I had drafted Manning and Leaf with the first two picks of the 1998 draft.) Football fans can understand the complex implications here.)

After our celebratory meal, we returned to the hospital. “Have our wives been here yet?” we asked. They had not. We were flabbergasted. How long did it take these women to eat, anyhow? “You know what,” said Phil. “When they get here, don’t tell them we’ve been up to see you.” The rest of us chortled, comprehending his plan. We said our good-byes and dashed home.

A couple of hours later, a troop of sour women tromped in to find us sitting in front of the television, still playing Mario Kart. “How was the baby?” asked Jeff. The women were icy and distant.

“Are you done yet?” they asked.

“We can be done,” we said, snickering amongst ourselves. We gave each other high fives and went our separate ways. That night, each man revealed our deception to his wife in his own way. Not a single woman thought we were as clever as we believed ourselves to be.

We still believe ourselves to have been well and truly clever. We break this story out every year at Harrison’s birthday and tell it amongst ourselves. The women never laugh, but simply glower at us.

Ah, the Den of Iniquity. Those were the days, back before my friends began breeding like rabbits…

Bonus fact: Why Hank? Before Harrison was born, Jeremy was prone to saying, “We’re naming our son Harrison, but I’m going to call him Hank.” So, when I first started calling him Hank, I was merely doing what I thought his father was going to do. Of course, it turned out that Jeremy never did call him Hank, but I’ve kept at it for seven years.

Tomorrow: More babies! Kim and Sabino plan to give birth to Isabel Pilar on Tuesday, and this space is reserved for all the details. (You can pass the time waiting by reviewing the entry on their last child: Diego Fiesta!)