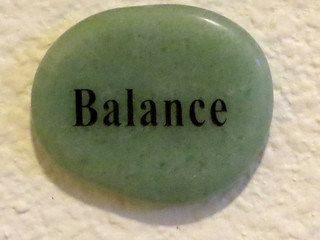 I wrote recently that I’ve begun the Scrawny to Brawny fitness regimen. After ten days, I like it — but I also find it a little frustrating. I want more to happen NOW! but instead must wait patiently as the program guides me through gradual change.

You see, the folks who designed Scrawny to Brawny are clever. Instead of giving participants a basket full of changes and asking us to implement them all at once, they instead ask us to modify one thing at a time. After we’ve had time to build one habit, they add another. And another. They want us to get fit slowly.

Intellectually, I recognize that this is the right way to do things in order to achieve lasting change. Research indicates that both attention and willpower are depletable — each of us has a finite supply of them. If we try to do too much or try to make too many changes at once, we’re less likely to succeed than if we make small moves or tackle only a few things at a time.

So, it makes sense for the Scrawny to Brawny system to first ask participants to get in the habits of going to the gym and drinking three “super shakes” every day first before diving deeper into the program.

Over the past few years, I’ve tried to apply a similar principle to my own life.

Every January, for instance, I choose one major goal for the year. Instead of creating a list of resolutions, I pick one thing that I’d really like to improve, and that becomes my focus for twelve months. That’s how 2010 became the “year of fitness”. (To be honest, I’ve actually found that I can handle a few things at a time — as long as these goals are from different domains. In other words, I can handle one fitness goal, one finance goal, and one professional goal simultaneously, but not three finance goals.)

In 2012, I tried something a little different. It worked.

“I don’t keep all of the changes I make,” Castle explained. “The goal is just to try something new for one day. If I don’t like it, I don’t need to continue. But it doesn’t hurt me to try anything for just one day, right?”

Perhaps my most successful month-long experiment came in January of this year, where I went “chemical-free”. I gave up caffeine and alcohol for thirty days to see how I felt. I felt great — something I’ve been reminding myself lately as I feel run-down. (Maybe it’s time to try that experiment again?)

Lately, I’ve applied the “one thing at a time” idea to a different part of my life. In general, I tend to take on too much work. I’m usually juggling several projects at once. As a result, I don’t do any of them to the best of my ability.

Kim was listening to me list the various things I want to do — write an ebook, write a real book, produce a conference, hold a retreat, start a new blog, start another blog, start a third blog, start a consulting business with friends, and so on — when she offered a suggestion: “Why not just do one thing at a time and then move on to another one?”

Obvious, right? Not to me.

Since returning from Ecuador, I’ve put Kim’s advice into practice. I’ve been focusing on a single project: an ebook about money. Even with this constant focus, the work has taken longer than I’d hoped (and anticipated). I’m not sure what would have happened if I’d allowed myself to try to tackle several things at once! Still, I know I’m doing quality work, and that offers solace. If I’m focused on only one thing and I’m doing the best I can do, there’s not much more I can ask of myself.

I’m now a convert to the “one thing at a time” approach to my work.

A few weeks ago, Kim gave me a small stone into which was carved a single word: Balance. Kris used to urge me to find equilibrium too. I have a tendency to be “all or nothing”, as many people have noticed — even blog readers. The “one thing at a time” method is a sort of lifehack to force me to stay balanced when my natural tendency is to take on too much.

Ideally, of course, I’d find a way to integrate a couple of ongoing projects into my life at the same time that I tackle a single major project. To an extent, I do this. I continue to write my weekly column at Get Rich Slowly, for example, and I’m doing my best to make it to exercise every day. But I’m only able to do these things because they are habits, deeply ingrained into my daily life. I don’t have to think about them. They don’t add much to my mental burden, don’t deplete my attention or willpower in the same way a second or third major project would.

In time, maybe I can incorporate another blog (or two) into my daily routine in such a way that they don’t seem like major projects. Or maybe I can make it one of my major projects to set up systems to “harvest” information about Animal Intelligence and Awesome People efficiently so that writing these sites doesn’t take too much time and attention.