Unintended consequences: The side effects of our financial choices

While I was away, Kim was responsible for managing our tiny little household — one puppy and two kittens — all by herself. This proved challenging since she was also working twelve-hour days as a fill-in dental hygienist.

“I’ll tell you what,” she said when I got home. “This week taught me just how important quality of life is.”

“Well, because the animals were home alone all day, they needed a lot of attention every evening. Like three hours of attention. Especially the dog. On the days I worked across town, that meant I was getting home at 6:00 or 6:30 and having to entertain the animals until bedtime. It didn’t leave me time for anything else.” 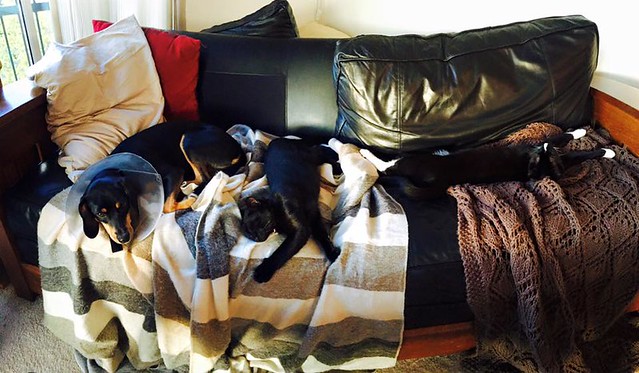 “Sounds like you should try to get a job at the office up the street,” I said.

“I agree,” Kim said. “Even if they were to pay me less money, it’d be worth it for the increase in quality of life.”

Kim’s observation is nothing new, of course. For a long time, I’ve preached the importance of picking homes and jobs that match your lifestyle — and encouraged folks to live as close to work as possible. With few exceptions, a long commute is simply wasted time (and wasted money).

But her comments reminded me of a conversation I had during my week in New York. Somebody — and I can’t remember who because I didn’t take notes during this particular discussion — was describing the importance of what they called “secondary effects” and how people generally forget to factor them into their decisions.

“What do you mean by secondary effects?” I asked.

“Well,” my friend said, “when you move to a new home, the primary effects are those that are most obvious: the layout of the home and how it influences your life, the quality of the neighborhood, the cost of the mortgage.”

“That makes senese,” I said.

“But the secondary effects are those that you and other bloggers write about. What is your commute like? Can you walk to do your errands? If you’re moving from another region, how’s the cost of living compared to your old place? What do your neighbors value? And how do all of these things align with your goals and values?”

“It sounds to me like you’re talking about side effects,” I said.

“Exactly,” my friend said. “Most of the time when people make money decisions, they only consider one thing — or, at most, a handful of things. They don’t often think about the side effects.”

As I say, I don’t remember who I had this conversation with, and that’s too bad. I’d love to give them credit. At the time, it seemed like a minor discussion, but I’ve been thinking about it for days. (This is why I usually carry a notebook with me!)

I’ve come to the conclusion that the side effects of our financial decisions (and other major life choices) generally have a greater impact than the primary reason we make the choice. So, for instance, if you buy a new car because you’re tired of your old one, the primary intended effect is that you have a new vehicle that is a pleasure to drive. But the secondary effects might be increased debt and/or lower savings, reduced (or increased) fuel consumption, and higher insurance rates.

Here’s an example from my own life: When I bought this condo in 2013, the primary effects were a loss of $342,000 in cash and re-location to a very walkable neighborhood. (I intentionally chose to live in a place where I could walk for 95% of my errands.) But there were some side effects I didn’t consider:

I could go on, but I think you get the point. I picked this place because of its location and because the cost-to-value was fantastic. Plus, the view is amazing. Just look at it! 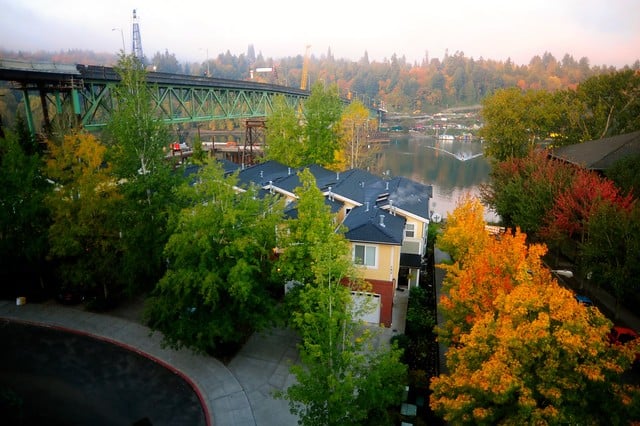 But there were a lot of side effects that came from the purchase. Some of these were surprises and I would never have guessed them (the pet problem, the exposure to the elements), but some I could have foreseen (the parking, the expensive shops, the social aspect)…if I’d spent some time thinking things through. Would being aware of these consequences have altered my decision? Probably not. But I think it would’ve been smart to have considered these things before making my purchase.

It’s not just secondary effects that we ought to be more aware of. For large moves especially, there are often tertiary effects. From my example above:

Again, some secondary effects are tough to foresee. (And I’d argue that nearly all tertiary effects amount to blind spots. You just can’t be aware of them until you actually experience them.) All the same, there are still plenty of side effects that can be predicted — especially if we take time to think through our decisions.

For example, many folks seem to forget that when they buy a home, they’re going to want to furnish it. I’m not sure why, but this is a huge blindspot for lots of homebuyers. It shouldn’t be. With just a little foresight, you can predict how much you’ll need to spend to set up your new place. It doesn’t have to be a surprise.

The bottom line is that I now have a new goal: When talking with people about their financial decisions, I’m going to encourage them to look past the obvious, past the immediate intended consequences. I’m going to urge them to consider possible side effects and how those could change their lives.