Imagine you’re a cat. What’s the most exciting thing you can think of?

Today when I got home, Toto and Meatball, as they are wont to do, told me that they didn’t have enough food. They begged and begged and meowed and meowed, but I ignored them. “Wait until your mom gets home. She’s the one who feeds you. She always feeds you.”

Instead, I came up to my office to practice podcasting. (Holy cats! I have a lisp! Why didn’t anyone ever tell me I have a lisp? How do I get rid of my lisp?) While I was fiddling with things, recording various old foldedspace entries, I heard a ruckus in the other room. I ignored it. There are always ruckuses in other rooms. Meatball is always wrestling with somebody (or something).

But then the ruckus came again, and louder than before, as if it weren’t cats wrestling, but dogs. We don’t have any dogs. “What is going on?” I wondered, and I went to look.

There, in the spare room, I found three cats — Meatball, Toto, and Nemo — flailing about in a flurry of paws and tails, hurtling themselves madly at a bird, which was desperately trying to dodge their pointy ends. Somehow a pigeon had found its way upstairs, down the hall, and into the spare room. (Or, more likely, it been carried there in a cat’s mouth.) The poor thing was flapping its wings, lurching around the room, trying to avoid the maelstrom of cats below. 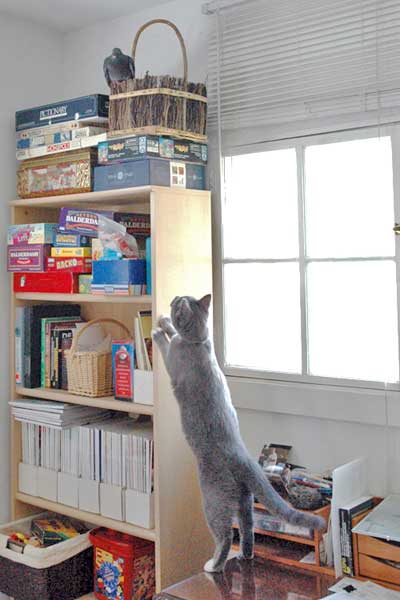 It clung to the picture rail. Then it clung to a framed photo. It clung to whatever it could find. And the whole time, the cats were in pursuit. I joined them. I managed to grab the pigeon a couple times, but each time I did, it flew away. Finally I did what any sensible person would do: I went to get my camera. 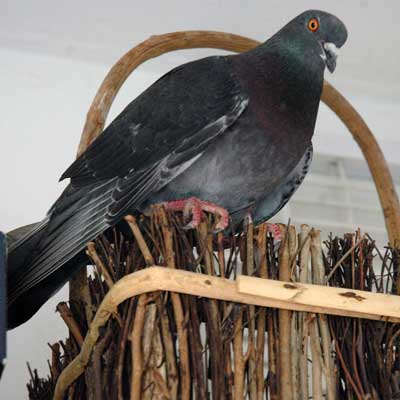 The cats had calmed down by this time, which allowed me to formulate a plan. Fortunately the spare room has a door to the roof. I pulled everything aside, opened the door, and then coaxed the bird outside. 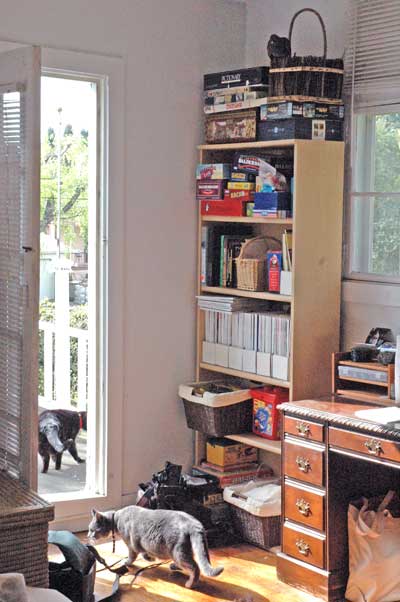 The cats were not pleased. “Dad, you refused to feed us, so we took matters into our own paws. We did very well, too. There was enough meat on that bird for all three of us. But now you’ve set it free. You’d damn well better feed us.” But I didn’t. I went back to work on my podcasting.