I know that all you folks really want to see is cat pictures. To that end, I dug the camera out of its nest last weekend and stalked my children in the yard. First of all, for Lee, who complains that of course she can’t remember Nemo’s name because, after all, I never write about him, here’s a picture of him: 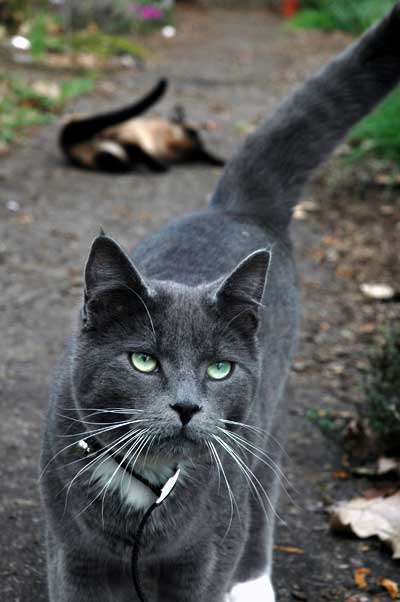 Actually, that’s Max/Meatball/Meathead in the front, looking pretty, and Nemo rolling on the sidewalk in the background. Nemo is in constant motion, which is one reason we don’t have any good shots of him. Nemo likes to bonk people. He actually has a small bald patch on his forehead from bonking all day long. He’s silly. 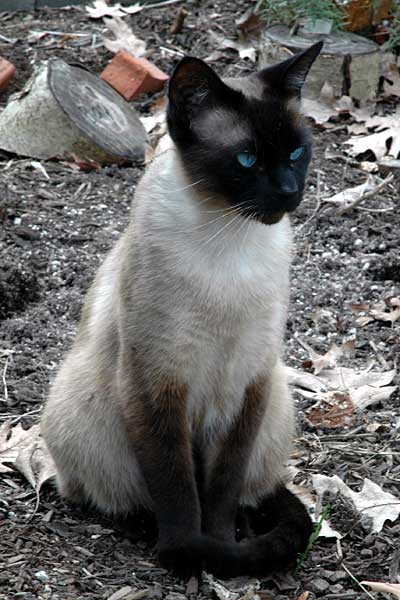 Toto joined us outside, too, so we actually had “family time” (which is what Kris and I have dubbed the strange nexus when all six family members occupy the same space). Doesn’t she look pleased to be with us? 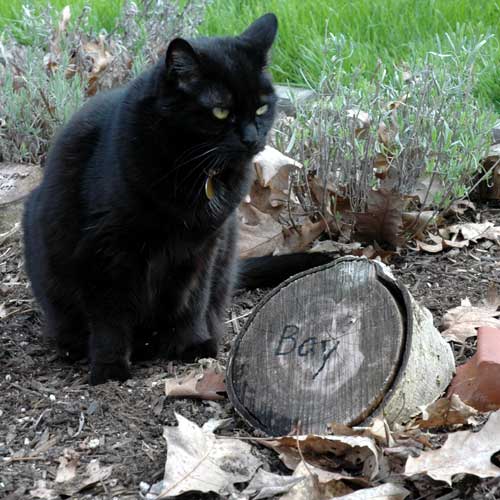 In the following photo, you can see Max, Nemo, and Toto all in roughly the same spot. Simon thought this was too good to pass up, and shortly after this image was made, he began to pick his siblings off one-by-one. 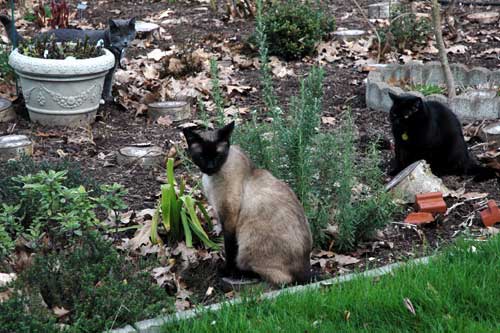 First he tackled Meatball. Max was game, but is still rather scared of Simon. He beat a hasty retreat. Next Simon took down Nemo, who squawked and fled. Then, in a surprise move, he charged Toto. At the last moment, he veered off and trotted to the grass. “Psych!” he said. Toto hissed and ran inside. Simon is king of the house. Or is Toto queen?

Later, Oreo the neighbor cat came for a visit. He likes our yard. He considers this his space, a claim that Simon doesn’t much care for. 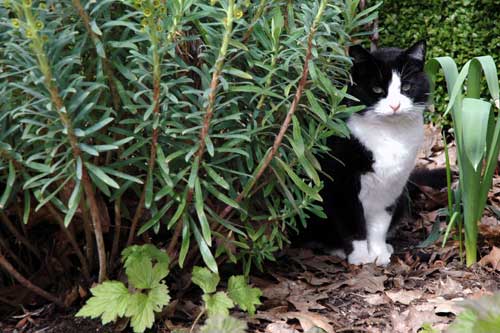 Max is rather wary of Oreo, and Oreo is wary of him. 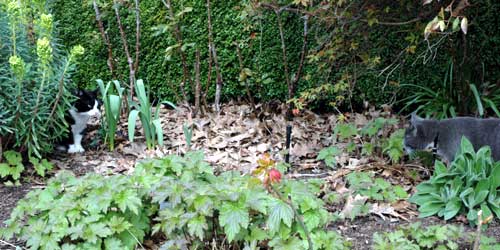 Finally, here’s a photo from my mother’s Flickr stream. I’ve cropped it and enhanced the exposure. I think it’s fun. 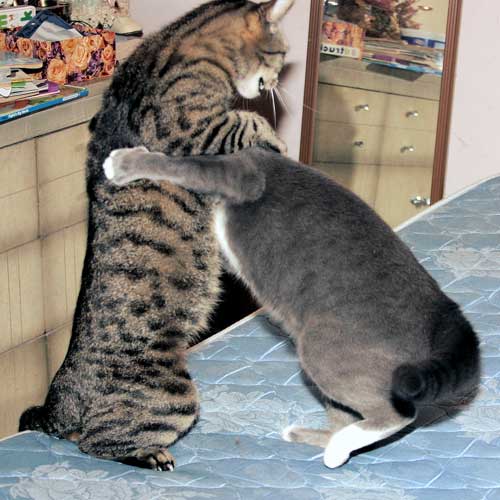 Silver, the tabby, is Simon’s sibling. And Socks is Meatball’s sibling. We have this same fight in our house, but with a different set of actors.