In 2009, as I started doing more radio and television appearances for Get Rich Slowly, I began to grow self-conscious about my teeth. Actually, I’d been self-conscious about them for a while. Each of us has some part of body that bothers us (and sometimes more than one part); in my case, it was my teeth. (And my sensitive skin. I hate my sensitive skin.)

I asked my dentist about the possibility of getting braces. She agreed it’d be a good idea. We even went so far as to have impressions made for the orthodontist. But I never followed through. I decided I was just being vain.

Over the past three or four years, though, my teeth have continued to bother me. I’ve gone so far as to adopt a dorky toothless grin, especially for photos. (Actually, many people have noted that I don’t smile in photos. That’s for a couple of reasons, one of which is that I’m self-conscious about my teeth.) 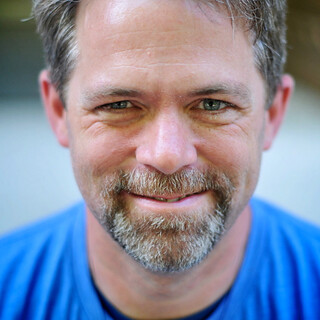 My dorky “smile without smiling” smile.

Last spring, I started dating a dental hygienist. She never said anything about my teeth, though, until last fall. She was cleaning my teeth when she pointed out that an orthodontist could fix my crossbite. The dentist she worked for agreed, and he urged me to see a local specialist. So I did.

For the past few weeks, I’ve been consulting with the orthodontist, talking with Kim, and weighing the decision. It’s true that my bite is messed up and that my teeth are mis-aligned, but the orthodontist says I’m not causing any damage. I could go on indefinitely like this if my teeth don’t move anymore. If.

During the decision-making process, I talked with my friend Matt. He recently got braces too, and he’s nearly as old as I am. It was this conversation more than anything else that made me comfortable committing to the process.

This is the bottom line: My teeth affect my confidence. Perhaps that’s sad, but it’s true. I want to be able to smile without inhibition. I want to feel good when meeting new people or appearing on television. I want my teeth to be as normal as possible.

So, on Tuesday I got braces. 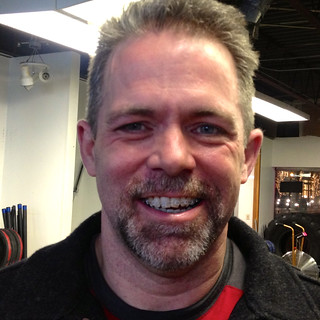 The orthodontist says I’ll have the braces for at least two years. I’m okay with that. So far, I haven’t had any pain. The real challenge has been learning to eat again. Eating with braces is very different than normal eating. Usually when we eat, we don’t even think about it. With the braces — at least for the first two days — I think about every bite. I’m conscious of where I’m chewing and how. And once I’m done eating? Hoo-boy! It’s quite a production to brush and rinse to make sure my mouth is clean.

And as always happens, now that I’m a 43-year-old man, lots of people are telling me their stories about having braces as an adult. Who knew it was so common?

Now if only I could fix this doggone sensitive skin. Shaving is hell!