Breaking taboo: Ask your friends and family for financial advice

Last weekend, Kim and I went out to breakfast. The only other table in the small restaurant was a party of four youngish women who were laughing and having a good time. They were having such a good time, in fact, that it was impossible not to overhear their conversation. 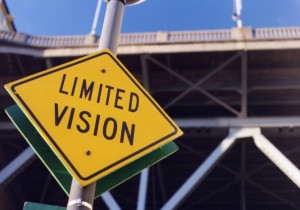 “My dad is such a cheapskate,” one of the women said. “Last week, I drove my parents to Salem. I had to stop for gas, so I just pulled into the first service station I saw. ‘Are you sure you want to buy gas here?’ Dad asked. ‘It’s more expensive than the place down the street.’ What a tightwad! He doesn’t get that my time is valuable too. I’m not going to drive three blocks just to save a few pennies.”

The other women laughed.

“My parents are like that too,” offered a second young woman. “The other day, my mom was giving me a hard time because my husband and I like to go out to eat. We invited them to join us at Andina but she said they’d pass unless we went someplace less expensive. Can you believe that? It’s not like my parents are poor. They’re millionaires!”

Again, the other women laughed.

“My parents are millionaires too,” chimed in a third woman, “but you’d never know it. They don’t spend their money. And they’re always getting on my case about the money I spend. I’m like, ‘It’s my money. Get over it.'”

Her friends nodded in agreement, and the conversation moved on. A while later, the waitress brought them their check.

“I’ll cover you,” said one of her friends. “But I’ll need you to pay me back. I have just enough money to last me ’til payday.”

“How’s your new house?” asked one of the other women.

“It’s great,” she said. “We have so much room! I just wish we could afford to furnish it all right now.” Her comrades murmured in agreement.

“Wow!” Kim said after the women had left. “That was insane. You ought to write about that.”

Breaking taboo
It’s all too easy to condemn people like this as shallow and short-sighted. That they don’t get the connection between their spending habits and the fact that they’re struggling with money is obvious. It’s also obvious that they don’t understand that one of the reasons their parents are millionaires is precisely because they’re frugal. Being rich doesn’t mean you spend more on gas when you don’t have to or that you go out to eat in fancy restaurants all of the time. Rather, when you watch how much you spend on gas and you’re careful about which restaurants you choose, you tend to build wealth.

This stuff is obvious, even to a casual observer.

What’s more interesting to me is that that these young women had easy access to folks who are successful with money. Yet rather than pick their brains or learn from their behavior, they make fun of them! This is more common than it ought to be. In fact, most of the people I know who struggle with money have role models whom they could learn from — but don’t.

In some ways, I sympathize. I used to be one of these people. When I was deep in debt, I was surrounded by folks who had things figured out (including my wife!) but I never bothered to ask them what I was doing wrong. It was only once I hit rock bottom that I finally reached out for help.

Today, it’s different. Now I know that one of the best ways to improve my personal finances is to talk to others who have done what I want to do.

You see, it’s taboo in our culture to volunteer financial advice. It’s rare that a person will speak up to tell you what you’re doing wrong. And when they do, you probably resent it. It’s likely that your brother or your best friend is well aware of your weaknesses, but is unwilling to mention them for fear of offending you.

But if you take the initiative, if you ask your friends and family for financial advice, that taboo doesn’t apply.

The best $20 you’ll ever spend
If you want to know how to improve your finances, choose a financial role model and take them to lunch. Pick somebody you trust. Most of the time, these folks are obvious. They’re the ones who never complain about debt, the ones who’ve accumulated a lot of savings. (Sometimes they have a nice house and nice car, but not always.)

In some cases, these role models might be family members or close friends. If you feel comfortable asking these folks for advice, do it. But you might feel more at ease if you talk to somebody who’s merely an acquaintance: a neighbor, a colleague, a mentor. (In my case, I’ve learned a lot from my real millionaire next door.)

Invite your role model to lunch. Explain that you want to pick their brain about how they’ve managed to do so well with money. Tell them you want some advice.

Before you meet for lunch, prepare some specific questions. Do you want to know about investing? About increasing income? About cutting costs? Start the conversation by sharing your story — where you’ve come from and where you want to go. Be honest. Be realistic. If you’re in debt, say so. Next, ask the other person about their story. How did they achieve their financial success? Based on their experience, what would they do if they were in your shoes?

Take notes. If the other person offers advice, don’t take it personally. Listen with an open mind. Don’t get defensive. If there are extenuating circumstances, feel free to share them but don’t try to explain away every problem in your life. A lot of times, things that seem like external barriers to you are actually internal barriers.

At the end of the meeting, ask your role model if they have specific recommendations for your situation. Pay the bill, thank them, and go home to think about what you’ve learned.

Not just for beginners
This exercise isn’t just for people in debt. It’s also great for folks who are learning to invest, or for those who want to boost their income. When I thought I might like to get into rental properties, I invited a friend to dinner to ask him how he started investing in real estate. I’ve had dozens of readers take me to coffee so they could get my advice on their financial situation.

If you want advice about how you could improve your finances, ask your friends.