Comic book ad from 1956: How I made a small fortune in spare ime! 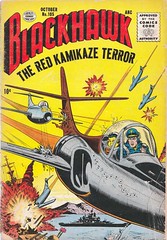 Last month, I mentioned that I got my entrepreneurial start as a kid by selling stuff door to door. This “stuff” generally comprised products advertised on the back of of comic books: seeds, greeting cards, and so on.

For more than thirty years, companies recruited armies of salesboys and salesgirls through comics. I was one of them. But it wasn’t just kids they recruited.

I was reading an October 1956 issue of Blackhawk — a fanciful war comic (the Blackhawks didn’t just fight commies; they also fought space aliens) — when I came across this gem of an ad that touts how much a man can make selling Mason Shoes. 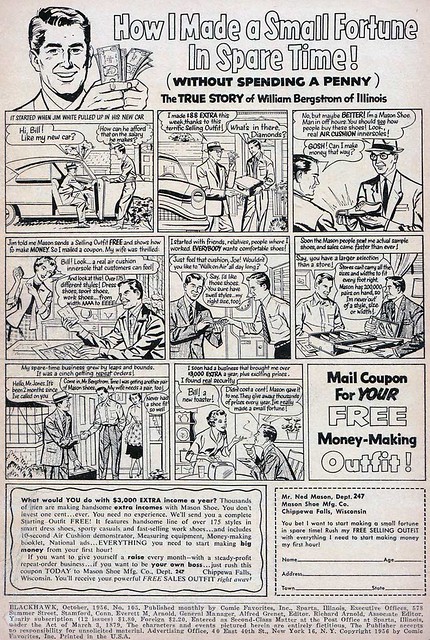 That’s a little small to see on the blog, so you can click through to see the entire ad on Flickr. Here are some of the best bits:

Bill’s friend Jim introduces him to the world of Mason Shoe:

Look how that shoe gleams in the second panel! Naturally, Bill started selling to his friends, relatives, and co-workers. Everybody wants comfortable shoes:

And here’s the end-of-the-page sales pitch:

It’s probably obvious why I love this.

For one thing, it’s an ad in comic form from inside a comic book. For another, it’s promoting one of my favorite aspects of personal finance, personal entrepreneurship. True, it veers toward the “get rich quick” side of things (but then all sales schemes like this do), but that’s okay — in order to succeed, the Mason Shoe man will have to pour his soul into his work. Finally, I’ve done plenty of door-to-door sales in my day, so I have a soft spot for this sort of thing. (It’s never this easy!)

By the way, Mason Shoe still exists, though I can’t tell from their website if they still manufacture their own shoes. It may be that they just sell other brands.

A Story About Mason Shoes

A fellow named Drew Cook dropped me a line to tell me about his experience with Mason Shoes. Here’s what he had to say:

Back in the early 1970s, I lived on St. Thomas in the U.S. Virgin Islands, and worked various construction sites for about five years, first as a laborer, then as an ironworker (connector). One day at lunch on the first job site I worked on, a guy came onto the site and showed us a small Mason Shoe Co. catalog, telling us he was a sales representative of the Mason Shoe Co., and we could order work boots from him that he would later deliver to us on the job. One of the veteran construction workers on the site told the rest of us how good the “Mason Shoes” were, and that the mail-order through the sales rep deal was legitimate.

We looked through the catalog, and several of us, including me, filled out a simple little form indicating what type of boots and what size we wanted. I ordered a pair of heavy, ankle-high, oiled brown leather steel-toed boots with hard rubber soles that laced to the toe, which I’ve since learned are traditionally called “roofer’s boots.” I seem to remember that they cost around $35 or so — a lot at the time. The sales rep took a few dollars from each man as a partial payment on their order, and told us he’d be back in a couple of weeks with our boots. He was as good as his word, and showed up on the site two weeks later with our boots. They fit perfectly, and we all paid the sales rep the balance on our orders.

I wore those boots on that job and several others for a couple of years until they were near-to-wearing-out from use, then ordered another pair of the same type from the Mason Shoes rep (can’t remember if it was the same guy or another fellow). I wore the second pair as an ironworker for another few years, and they served me quite well.

I never ran across another Mason Shoe Co. sales rep, because I stopped working construction when I moved back to the States in 1975, but as I said, those “Mason Shoes” were very high-quality, and lasted through a lot of rough usage. As you mentioned, the Mason Shoe Co. still exists, but they don’t sell any boots like the ones I ordered and wore back in the early 70s, and I doubt they have independent field sales reps any more. The closest match I’ve seen to the Mason Shoe Co. boots I wore years ago is the “Roofer’s Boots” currently offered by the Duluth Trading Co. (Item #86053) — at an astounding $174.50!

I love Drew’s story. It’s always fun to find a real-life connection to something that seems so abstract and distant — like an ad in a 1956 comic book.

I found another Mason Shoe ad. This one’s from the August 1961 issue of Amazing Adventures. Click on the image to view it full size at Flickr. 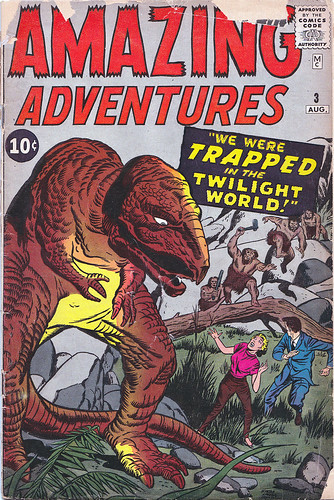