During the night, the River Baroness docked in Paris, near Parc André Citroën.

Despite feeling sick, I rose early to join Mark and the ship’s fitness expert (and masseuse) for Nordic walking to the Eiffel Tower. The morning was cool and misty, but the walk felt good. Beneath the tower, we paused for calisthenics. Soldiers with machine guns watched us stretch.

Later, Kris and I enjoyed a three-hour bus tour of Paris with a local guide. This was much better than the disastrous hop-on/hop-off tour we’d taken the week before, in part because there was no traffic. Plus, the guide actually knew the city, and his passion showed. We stopped at several locations, including the backside of the Champs de Mars, where we had a photo op with the Eiffel Tower. For my Crossfit friends back home, I did double-unders: 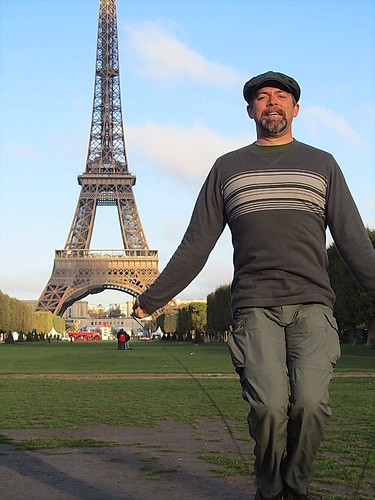 Note: When we took this photo, we only had a vague idea where we were. The following day, we stumbled back across this spot, and were amused to find that it was just one block from our Paris hotel.

After the city tour, we joined a group for a whirlwind pass through the Musée du Louvre, one of the largest art museums in the world. We saw almost nothing. We blitzed through to a handful of major works, including:

The tour was fine, but at €59 each, it felt expensive. It just whetted our appetite for more.

The pyramids outside the entrance to the Louvre 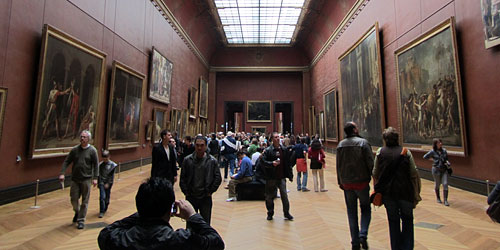 A gallery inside the Louvre 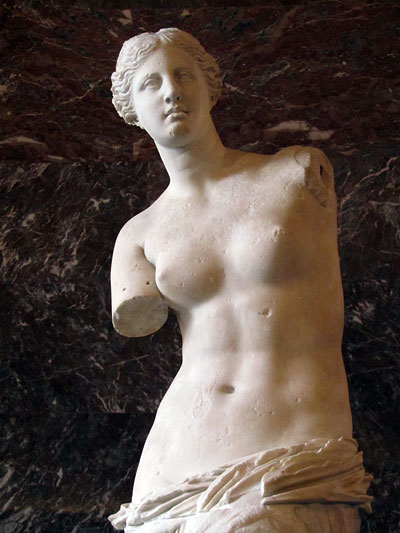 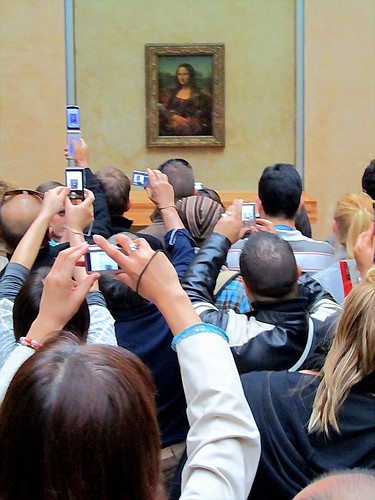 It’s tough to photograph the Mona Lisa behind its protective glass, but the crowd is just as fun

After the Louvre, I walked about 6km back to the ship. Again, this solo stroll through a big city was one of the highlights of my vacation. (Just as my walk through Rome and my run through Venice.) I returned just in time for dinner with the gang of young folks from the night before. I still felt sick, so Mark gave me some Claritin. Bless his soul.

At dinner, Kris began to feel sick too.