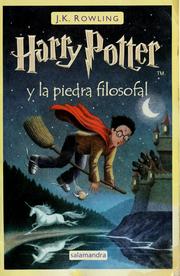 Last night, I finished reading the first chapter of Harry Potter and the Philosopher’s Stone. In Spanish. What makes this remarkable is that eight weeks ago, I could barely read a word of Spanish. In the past two months, I’ve gone from only knowing how to swear in the language to being able to read passably well, to hear enough to get the general feel of a conversation, and to speak at least well enough to be understood.

How did I do it? I threw time and money at the problem.

Expert advice
After the World Domination Summit ended in early June, I set a goal to travel. I spent a week poring over an almanac before deciding to start my solo adventures in Latin America. (I actually decided to start in England, but that trip had to be postponed so that I could take care of things on the home front.)

In order to make my adventures in Ecuador or Guatemala or Peru more enjoyable, I knew I wanted to learn Spanish. I’d taken a semester of Spanish nearly 25 years ago during my freshman year of college, but all that I remembered were common curses and jokes about cows. I didn’t know where to begin, so I contacted my new friend Benny Lewis, the Irish polyglot.

Note: Benny is a young man who has been traveling the world on the cheap for the past nine years. As he travels, he learns languages. He speaks eight languages fluently, and hopes to learn more. (He’s been learning Turkish since I met him in June. In Turkey, naturally.) Benny shares tips and tricks about language learning at his site, Fluent in 3 Months, and in his e-book, The Language Hacking Guide.

“The best way to learn a language is to immerse yourself,” Benny told me. “Travel to a country that speaks Spanish and spend all day with people who speak it. That’s how I learn.”

“What’s the second-best way to learn?” I asked.

I looked at the local Craigslist listings until I found a likely candidate. I e-mailed to set up an initial consultation. One morning in the middle of June, I met Aly at a local coffee shop.

Mi Profesora
Aly is a young-ish woman (she won’t allow me to ask her age) originally from Lima, Peru. When she was twelve, she began learning English from a private tutor. After graduate school, she headed to Minnesota. (Or maybe she came to Minnesota for graduate school — I can’t remember the sequence.) She didn’t like it in Minnesota, though, so she came west. She now lives in the Portland area and makes a full-time living by tutoring people like me.

Our first meeting went well. Aly liked that I seemed motivated, and I liked that she was both intelligent and funny. We agreed to work together. For the past two months, we’ve met three times a week for ninety minutes a session. Sometimes my progress seems slow — I’ve been stuck on the past tense(s) for weeks now! — but other times it seems brisk. All of the time, Aly adjusts the lessons to my needs.

Today, for instance, we spent half an hour discussing geopolitics in English. I borrowed a book from a friend — Las venas abiertas de América Latina — and when I showed it Aly, she talked at length about the history of Latin America. It was awesome. (Aly has promised to bring me mp3s of the abridged version of this book tomorrow. She says it’ll be good practice for me to listen to it.)

In addition to Aly, I:

So although I’ve had to tap my travel fund to pay for my Spanish tutor, I’ve also been spending a lot of time with free (or low-cost) learning sources. Taken as a whole, these tools have helped me make great progress in the past eight weeks.

Obviously, I haven’t mastered Spanish yet — I’ve barely begun to learn! — but I’ve made great progress in the past two months, and I hope to make further strides in the six weeks before I leave for Latin America.