Though I put my dreams of traveling to England on hold this summer in order to help take care of Mom, I did find some time to sneak away for a long weekend in Indianapolis recently. Indianapolis isn’t quite the same as London, but I still had fun. I met up with my friends Adam and Courtney, and we spent four entire days at GenCon, one of the world’s largest gatherings of nerds.

Note: For more about my trip to Indianapolis, check out the write-up of GenCon Indy 2011 at Far Away Places, my new travel blog. (My new travel blog that isn’t quite ready for prime time.)

While at GenCon, I browsed through artists’ row, a collection of a couple dozen fantasy artists. Most were okay, but nothing caught my fancy. Not until I stumbled on the work of Omar Rayyan, that is. I stopped at his table only briefly, but those moments were magical. To Rayyan, I was probably just another guy to whom he gave a business card. But to me, I found a new favorite artist.

Rayyan paints watercolors of fantasy subjects. Some are rather grotesque, but many of his works would be perfect illustrations for fairy tales. (In fact, some are illustrations for fair tales.) When I got home and had time to look through his portfolio, I found several prints I wanted to own.

Look at these gems: 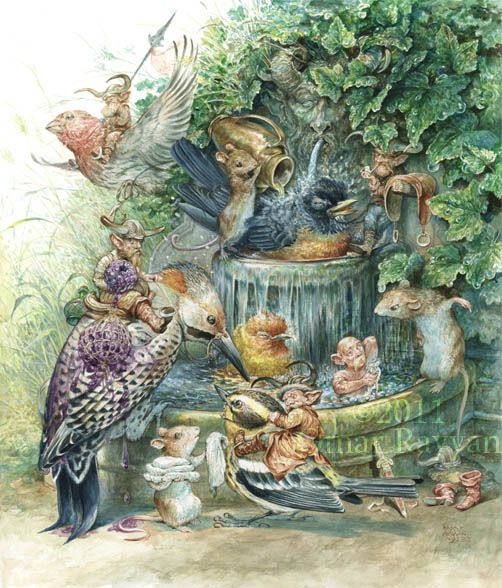 The Birdbath by Omar Rayyan 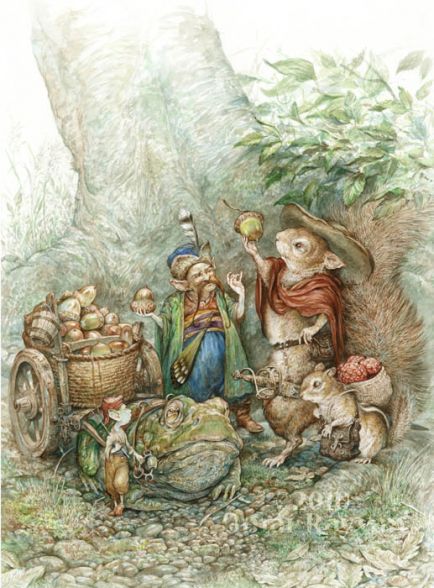 The Cavalier by Omar Rayyan 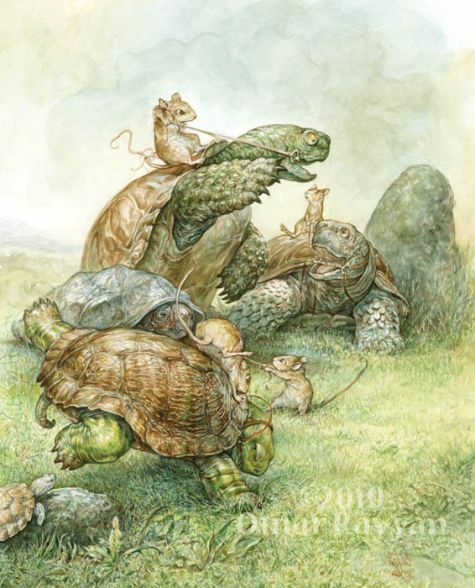 The Starting Line by Omar Rayyan 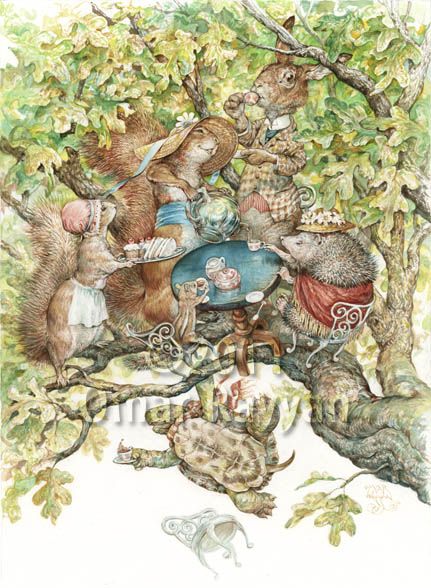 The Tea Party by Omar Rayyan
Note: All artwork reprinted here by permission. You can buy prints of Rayyan’s work from his Etsy shop.

When I showed these images to my cousin Nick last week, he was impressed. “They look like they’re from the Brown Fairy Book,” he said.

“What’s that?” I asked. He googled it for me. Then we looked more at Rayyan’s site. “Look!” I said. “Some of these are from the Brown Fairy Book.”

Finding Rayyan’s work was only one part of a long weekend that made me realize how much I love anthropomorphic animals. A lot. In fact, you’ll be hearing more about this in coming weeks. I’ll bet you can’t wait to read my review of Mouse Gaurd! (Short version: It’s awesome.)