This is the third of a five-part series about the “stages” of personal finance. In the first part I described the zeroth stage of money management, in which I was fumbling in the dark, spending compulsively and accumulating debt. Last week I described the first stage, in which I finally saw the light and began to repay my debt. Today I share what happened next. 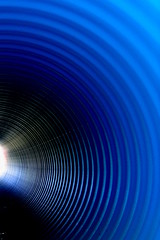 Last night at dinner, my friend Mike told me about his exciting day. “I drove thirty minutes to Hillsboro because a local credit union was opening a new branch,” he said. “This weekend they offered a special deal to new customers: an 11-month certificate of deposit at five percent interest.”

“You should have seen the line of people,” Mike said. “It was amazing.”

What amazed me, however, was that I not only knew what Mike meant, but that I also regretted missing a chance to move my savings someplace they could earn higher interest. I felt like this was another sign that I’m in (or past) the second stage of personal finance.

Before my financial awakening, I wouldn’t have had money to save. I was still accumulating debt. (What’s more, I had no idea what a certificate of deposit was. And if I had known, I would have thought it was boring.) During the first stage of money management, I had some inkling about CDs and CD rates, but I still didn’t have money to save. My extra cash all went to repaying debt.

But I’ve spent the past fifteen months in the second stage of personal finance. Now a five percent certificate of deposit is exciting. The very thing that might have once seemed boring now seems fun.

The light at the end of the tunnel
In December 2007, after I paid off my consumer debt, I felt lost for a few weeks. For more than three years, I had been working toward a single goal: debt elimination. I had learned to pinch pennies, sacrificing momentary pleasures for a higher objective. But now that my debt was gone, I didn’t know what to do.

Ultimately, however, the transition from the first stage of money management to the second was less difficult than I feared. For one thing, I had already developed solid financial skills while working to get out of debt. By cutting my expenses and increasing my income, I had generated free cash flow of over $1000 a month. Back in the zeroth stage, when I was living paycheck-to-paycheck on $42,000 a year, I could never have imagined freeing up $1000 a month. Yet in just over three years, I did just that.

Once my consumer debt was repaid, that $1000 a month was available for other uses. The old J.D. would have immediately used it for fun and games. The new J.D. was smarter. I used this money to begin saving and investing, to begin building wealth. Since the end of 2007:

For me, one of the toughest battles of the past fifteen months has been the tendency to be too frugal. I’ve sometimes crossed the line from frugal to cheap. I think this is natural for those of us who once were compulsive spenders. We react by swinging too far in the other direction. That’s okay. As long as we’re able to use these moments of miserliness as learning experiences, they’re not bad. I’m not sure that the second stage is the place where we search for balance (I think that’s for the third stage), but it’s where we become aware that spending too little can be as much of a problem as spending too much.

As I say, this second stage is fun. It’s exhilarating. I get a thrill out of seeing how much money I am paying myself instead of paying to other people. I enjoy imagining what my savings will allow me to do in the future. It will let me spend more time reading and writing. If I’m lucky, it may allow me to retire early.

A solid foundation
I’ve been a slave to metaphors during this series. I keep searching for some image to help me convey the journey from financial ignorance to financial independence. Today I want to try out one more (the first one I ever used).

Money management is like building a home. During the first stage, you clear the construction site, hauling away debris and rubble, and getting the area ready to build. During the second stage, you pour the foundation. You’ve eliminated your debt and you’ve begun to restrain your bad habits; now you can establish a solid foundation on which to build the financial home of your future.

A fat savings account and fully-funded retirement plans are not objectives themselves. They’re tools to help you accomplish the things you really want. For me, they’re the keys to financial independence, which is the fourth stage of personal finance.

Note: This series is intentionally less “polished” than most articles at Get Rich Slowly. It’s a chance for me to think out loud, to explore the stages of personal finance with you, the readers. Photo by Jenny Downing.