Can you believe it? Five years and 1190 entries and who-knows-how-many words. Today I’ll discuss the state of the blog, including plans for three new weblogs, an explanation of the Google Ads that you’ve seen around here the past couple weeks, and more.

Site Improvements
By popular request, I’ll soon be making several small changes to foldedspace. First, I’m going to change the rotating images in the upper right corner. If you’ve got some favorites — the dead skunk, say — please let me know. (Also let me know if there are some images you’re sick of seeing.) As I get time, I’ll be adding other images from the past couple years of foldedspace. I’ll also be updating the links in the sidebar. Some of the URLs are out of date. Some sites have changed names. Tammy’s probably moved her weblog a dozen times since I last checked the info. That sort of thing. If you have a weblog I should add, please let me know. (This means you, Mr. Bodoni.) Drop me a line if there are other changes you’d like to see.

Hotlinking
In web parlance, hotlinking is posting an image (or mp3) on your site without actually hosting it on your disk space. For example, I can post the image below: 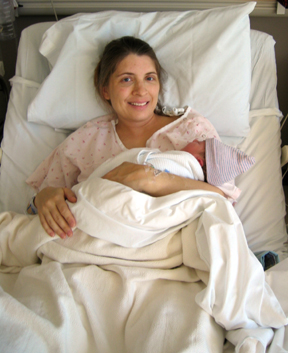 Now, in principle, I don’t mind people hotlinking to my photographs or the songs I’ve uploaded. I even hotlink to things myself sometimes. However, with the advent of sites like MySpace, and the increasing popularity of certain web forums, hotlinking is out of control. While I’m in no danger of running out of disk space or bandwidth, I can foresee a future where this is the case. Meanwhile the hotlinking corrupts my statistics so that all I see are hundreds of hits from MySpace and no actual useful information.

I’ve created a whitelist of friends and family with blogs who are able to hotlink. If you’re a regular reader, I’ve probably added you to the whitelist. If you have hotlinked to something on my site, and it’s not working, please let me know. I’ll add you to the white list.

Google Ads
For the past ten days, most of the archive pages (and only archive pages, never the front page) have displayed Google Ads, which primarily take the form of little text ads at the top and bottom of each entry. (I saw my first actual banner ad yesterday.) I originally posted these as a test, a trial run before implementing them full-scale on my new web sites (see next section). However, after ten days of use, I’m tempted to leave the ads in the foldedspace archives.

Now that you’ve had a chance to become accustomed to them, what do you think?

They don’t a gross amount of income, but they generate enough for me to take notice. The Google Ads user agreement prevents me from discussing details, but suffice it to say that at the current click-through rates, the ads would fund a yearly gym membership, or pay for several comic book compilations each month, or cover a daily chantico purchase. As I say: not a lot of money, but enough to make me consider keeping them.

Ideally, they’d appear only on archive pages more than a week old. Would that make them less offensive to you regular readers? Or is any sort of advertising offensive? (Nick has told me point blank that he finds any ads anywhere on the site tacky. I understand his point, but I also think that if he were making money off a hobby, he’d change his tune.)

An important note: please do not click the Google Ads just to be helpful to me. Google keeps close watch for what they term click fraud, and any sort of mass clicking is dealt with harshly. If there’s an ad that interests you, then by all means click on it, but don’t click on a bunch of ads just to help me out.

New Web Sites
I am starting not one, not two, but three new web sites in the near future. In fact, most of my spare time has been channeled into preparing for these lately: writing up site plans, erecting weblogs and forums, preparing content. These new we sites are:

Four Color Comics (fourcolor.org), “comics for grown-ups”. I’ve created this site in order to provide comics information to those who aren’t obsessed about the newest, coolest superheroes. I discuss compilations of older comic books, and mention newer comics that are geared toward a more mature audience. I’ve been testing this site for about three weeks now, and am beginning to get a feel for it, but still think there’s a lot of work needed to get it ready. Target “live” date: April 1st.

Get Rich Slowly (getrichslowly.org), “personal finance that makes cents”. Nearly a year ago I wrote a weblog entry summarizing the lessons I’d learned from reading a stack of personal finance books. That entry became this site’s most popular post ever, and has garnered lots of amazing comments from people about their own quests to achieve financial independence. I recently realized that there’s a place for a weblog devoted to sensible personal finance information, not just get-rich-quick schemes or stock market analysis or real estate tips. I hope that this will be such a site. Target “live” date: April 15th.

As-Yet-Unnamed Animal Intelligence Blog. Long-time readers know that I believe animals are far more intelligent than most people credit. I hope to create a weblog devoted to the subject of animal intelligence. The site will feature lots of cute stories about animals who do amazing things, of course, but it will also feature serious news about research into animal behavior. This is actually the oldest of my ideas (I’ve been kicking it around for two years), but the least well-formed. And I’m dying for a name. The Animal Mind? Animal Dreams? Bird Brains? I don’t know… Target “live” date: May 1st, ideally, but that’s a pipe dream.

I regret deciding to tackle all three of these at once. The third — the animal intelligence weblog — will probably be delayed for a couple of months, I fear. I want to be sure all three have a chance to get off to good starts. This process would be aided by the presence of co-authors. If you have any interest whatsoever in contributing on a regular basis — whether daily, weekly, or monthly — to any of these weblog projects, please let me know. Joel has been awesome already, contributing reviews to Four Color Comics.

Lurkers
Any lurkers want to come out and wish foldedspace a happy fifth birthday? I rarely request delurking, but sometimes it’s fun to see who’s out there.

Thanks for sticking with me for five years. (Or four or two or one, or whatever.) I hope to be doing this still in another five years. Stay tuned.