While my cousin Nick and I are touring Turkey, there’s sad news from the family back home. My aunt Virginia has died.

This wasn’t unexpected — Virginia was fading for a long time — but it hurts nonetheless. Virginia was the last of my father’s family still alive. More than that, she was a great person. 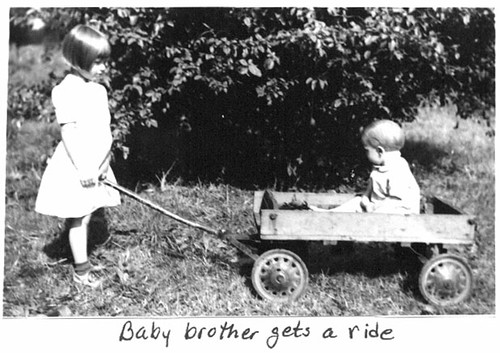 Virginia Eden Roth was born on 20 February 1942. I don’t know much about her life as girl. I do know that she was sixteen when she got married. At Get Rich Slowly, Virginia once shared this story of her life as a newlywed:

On Christmas Eve 1958, I had been married two months and seven days.

We were sixteen and eighteen — young but in love. Pop had a good job in a mobile home factory. The pay was $2.10 per hour. They gave him a week off for our honeymoon. On Monday morning, ten days after we were married, he went back to work, worked three days and was laid off for the winter.

We had no groceries in the house because we were waiting for payday, so the first thing we did was go shopping. The cupboards were bare, so we needed everything. The total bill came to $28. That included flour, sugar, butter, bread, lunch meat, and all the spices, plus whatever else one needs to stock a cupboard.

Through the fall and early winter Pop worked at odd jobs for his dad, who was self-employed buying wool, cow and deer hides, cascara bark, beaver pelts and other furs. Pop and a friend also cut wood for my dad. Dad paid them $6.00 a cord, and by splitting it two ways they each got $3.00 per cord. We stayed with my folks about five or six weeks during the time he was working for Dad.

Eventually, we went back home and Pop started working for his brother, who was a trapper. Pop’s job was to skin the beaver and stretch it tight on a board, in a circle (like a woman would a doily), and hold it with nails around the outside of the circle so it would keep its shape. When the pelt was dried it was in a stiff circle. Pop was paid $3.00 per pelt when it was done.

The day before Christmas — December 24, 1958 — Pop went to work. We were broke as usual. It was Christmastime, but we had no money for gifts. It was our first Christmas. I don’t remember what time he left for work, but he completed two pelts making $6.00.

So was our first Christmas. We were young and in love. We had each other, and who needed fancy gifts?

Virginia and Stan had nine children. My cousins include Robin, Tammy (familiar to many long-time readers), Gwen, Laurie, Valerie, Scott, Ted, Mart, and Ben. In March 2003, the last time I tallied the numbers, Virginia had 49 grandchildren. I’m sure that number is higher now, and that she probably even had great-grandchildren.

Like many in the Roth family, Virginia was an entrepreneur. For a long time, she operated a catering business out of her home in Estacada. She baked wedding cakes and catered weddings (including the wedding of my brother Jeff and his wife, Steph). She (and her family) actually catered more than just weddings, but that was the mainstay of their business.

But Virginia also loved photography, and that eventually became her staple business. She traveled the country making beautiful photos, which she sold to companies for jigsaw puzzles and calendars and postcards. She also created her own line of successful cards featuring these photos — many of which included her grandchildren — and sold the cards at stores and gift shops throughout the northwest.

Above everything, Virginia was a Christian woman, and I mean that in the best possible way. Many Christians aren’t very Christ-like. But Virginia was. For this, I always respected and admired her. She was warm and caring and loving and kind. I always felt welcomed by her, even though I knew that my choices were vastly different than the ones she would make.

My aunt Virginia was good person. A great person. 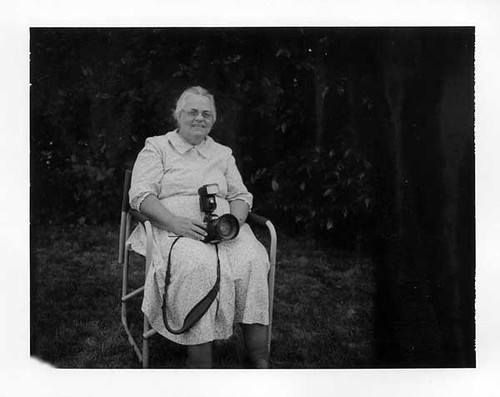 As I said, Virginia’s death wasn’t unexpected. In fact, the family has been preparing for this for almost eighteen months. In June of last year, my cousin Mart brought me two boxes of slides, a cassette tape of hymns, and a script. Virginia had composed a slide show (set to music) featuring her own photographs. She wanted it shown at her funeral. I converted the tape and slides to DVD and the presentation up into separare video segments (one for each song).

This video is one of sixteen that made up that slideshow. I can’t share the other videos (they contain copyrighted music), but this one features Virginia’s daughters on vocals. It’s a family production: Virginia’s images, her daughters’ voices (Robin, Tammy, and Gwen), and my video editing.

Somehow, it seems like a fitting farewell to a wonderful woman.